5 Reasons Why You Should be Watching Marvel’s Jessica Jones

Marvel and Netflix’s newest show is here entitled Jessica Jones. Fresh off the huge success of Daredevil (if you haven’t watched Daredevil you should), Jessica Jones is the newest gritty superhero drama available for your Netflix binge watching needs. With so many different shows out there, how do you know this one is worth your time? Well, let me tell you why you should stop what you are doing and start watching Jessica Jones right now.

First things first, who is Jessica Jones and what is the show about? Jessica Jones is a thriller, crime drama with superheroes. Jessica is a former superhero who opens her own detective agency after an end to her superhero career. Jessica is witty, sassy and sometimes an asshole. She has a tortured past and would like nothing more than to bring the down the man who destroyed her life. So grab a drink and let me tell you why Jessica Jones should be the next show you binge watch this weekend.

Marvel has an overwhelming cast of male leads. This isn’t a bad thing, it is just female characters are typically not the main focus. Jessica is not a spin off character, she is a real main character that you probably haven’t heard of. In the show we learn everything about Jessica Jones and we spend the majority of our time with her. We learn everything about her, why she is the way she is, her powers, her friends and the trauma that she has experienced. Actress Krysten Ritter is amazing as Jessica. She is able to pull off the many layers that is this character. She isn’t just a girl with superpowers – she is a complex character with a wide range of emotions. 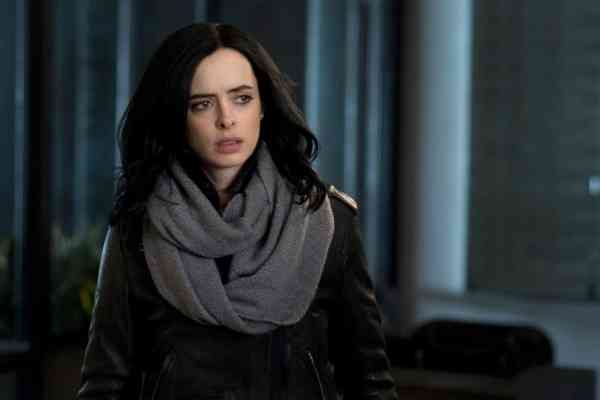 Jessica Jones is not perfect. She is a failed superhero dealing with the effects of an abusive, controlling relationship. The show tackles abusive relationships, rape, abortion, PTSD among other things, but it is not a cheap tactic for shock value. These are issues our main characters encounters and continuously deal with. We see Jessica use coping mechanisms as she attempts to rid her life of these feelings. The show confronts these issues head on but in a way that does not seem tacked on or cheap. Jessica’s relationship with the main villain is compelling. Kilgrave, the villain, used his powers to control Jessica and made her do a number of horrible things. Jessica is now faced to deal with the consequences of her actions and this is where the show shines as we see her deal with the aftermath.