Though I’ve cherished a few moments of violent glory, I’ve spent the majority of my time with Dying Light: Bad Blood on the receiving end of a severe ass kicking. In spite of my inability to board the escape helicopter with blood samples in hand, I’ve had a hell of a time trying. The Early Access period has only just begun, but Bad Blood is off to an incredible start and certainly has that “just one more match” hook.

The premise is simple: Twelve players are dropped into a godforsaken favela and are tasked with collecting a set amount of blood samples guarded by groups of zombies. Garnered samples lead to leveling up, which in turn grants you additional health and stamina. Hastily leveling up is paramount to success, because you’ll need every ounce of extra strength to overcome your eleven opponents during the match and especially during the escape phase. Once a player collects enough samples, the escape helicopter arrives at a random location where remaining players converge for the final showdown. A bloody massacre ensues, and the last player standing prevails.

The game’s “Brutal Royale” tagline is painstakingly accurate, as facing off with the undead and opposing players alike is intense and unforgiving. A single false move will almost certainly result in your untimely death if you aren’t quick on your feet. I mean that quite literally. Haste inherently lies at the core of gameplay due to Dying Light’s signature parkour mechanics, and they’re as glorious as ever in Bad Blood.

The risk/reward factor of collecting blood samples faster than your opponents is one of the most exhilarating progression systems I’ve experienced within the realm of battle royale. The majority of weapons scattered throughout the map are melee based with varying degrees of attack speed and damage output. I’ve come to predominately admire lightweight weapons like the sickle and military machete. I love the act and simplicity of applying upgrades like shock and ice to your weapons. Unlike PUBG and more recently with Blackout, Bad Blood forgoes tedious menus and enables you to apply upgrades with a single click, which maintains a consistent, break-neck pace.

The weapons themselves feel great, and the melee battles are genuinely pulse-pounding. You can’t merely hack and slash your way to victory. Bad Blood’s stamina based melee combat requires focus and strategy. Depending on the type of weapon you wield, the means in which you attack vary greatly. You can counter incoming attacks with Q, which opens a brief window of opportunity to inflict a considerable amount of damage upon an opposing player; especially if your tool of destruction is equipped with an upgrade. Dying Light’s infamous kick attack breaks an enemy’s guard, while space bar serves as a dodge ability. Whether I win or lose, one on one melee fights are repeatedly fun and intense. 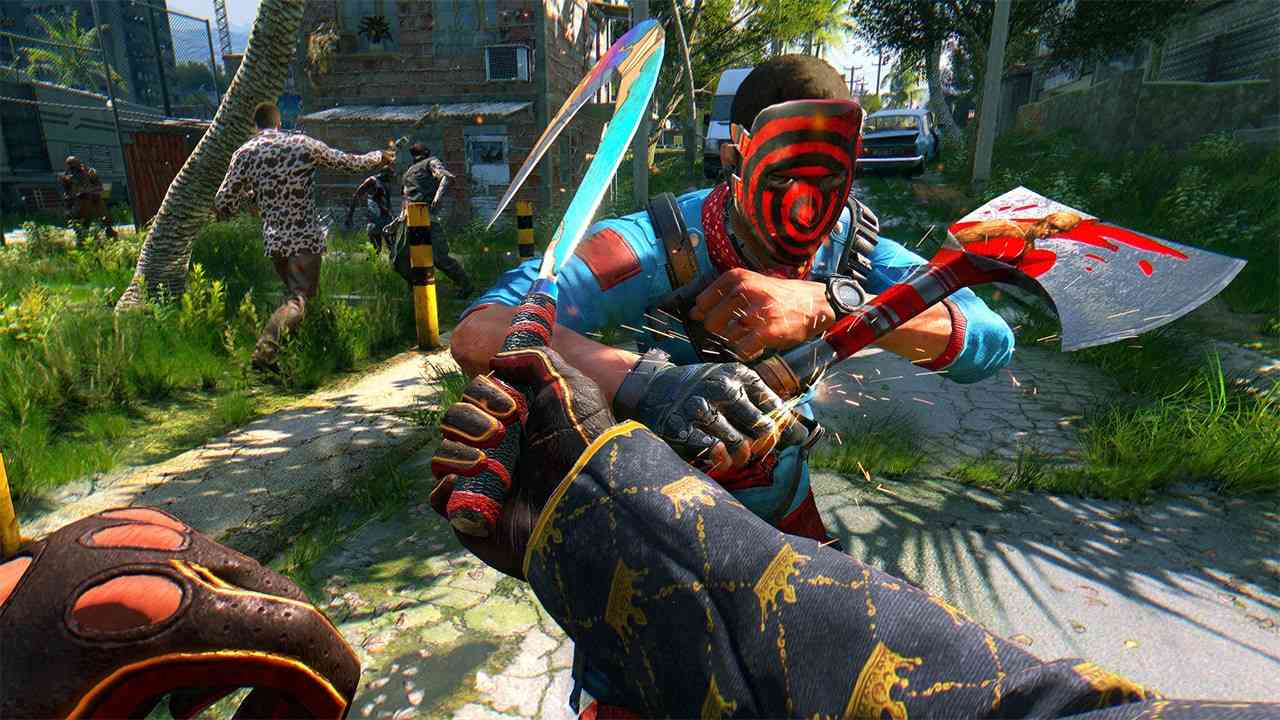 While there is a scare amount of ranged weapons hidden around the map, I’ve only come to find the bow. Being a stealth junky, I’ve managed to put the barbaric weapon to good use. One of my more impressive moments involved me nailing an enemy player with a shock arrow while he was harvesting blood samples. The resulting shock damaged and slowed he and the surrounding zombies, enabling me to rush in and clean house with my splitting axe. Scenarios like that frequently occur throughout each match, and experimenting with your weapons and upgrades rewards you with incredible outcomes (for better or worse.)

If you’re enjoying Bad Blood as much as I am, you have much to look forward to. As laid out in Techland’s development roadmap, multiple languages including Chinese and Russian will be implemented. You can also count on the addition of team mode, in-game events, league mode, customization drops, new enemies, and a new map. It’s cool to know Techland’s pouring passion into this spin-off mode because I wholeheartedly believe in its potential to stand among the battle royale powerhouses in time. 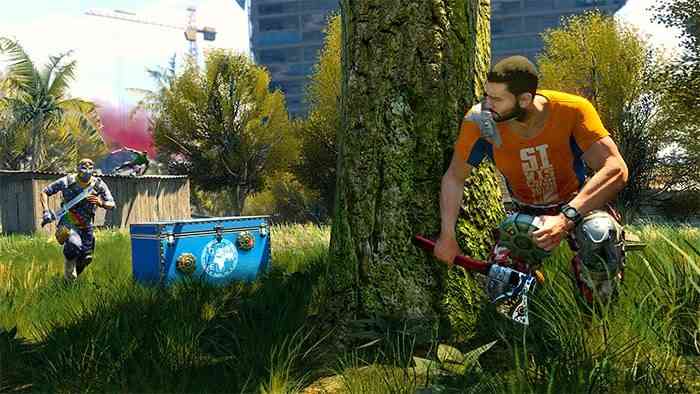 Though I’ve yet to achieve victory, I’m having so much fun with Bad Blood. The blend of masterfully polished parkour mechanics, tactical melee combat, and brutal PvPvE encounters is both thrilling and addictive. If you’re a fan of battle royale or excellent competitive multiplayer in general, I highly recommend giving Techland’s tremendous take on the genre a shot. For more on Dying Light, you can read up on our 5 Reasons Dying Light 2 is to Die For.