For PC players, console exclusives are a real pain in the rear end. If we don’t have the console in question, then we’re left sucking our teeth and watching gameplay on the very rig that should be playing the damn thing. Destiny was one such game that PC players never got to touch, and we’ve never forgotten it.

Well, Destiny 2 is here, at least in beta form, and PC players are finally getting a chance to dive into Bungie’s lore-rich action-rpg franchise. Personally, I was lucky enough to play the first Destiny, but a veteran I am not. I have enough experience to compare the two, but much of this beta impression is coming from a PC gamer’s perspective, not that of a Destiny vet. Destiny 2’s PC beta had its ups and downs, but ultimately, it gave the necessary taste that leaves players wanting for more.

Right out of the gate, I think it’s important to say that this is a very impressive port. In an age where PC ports are kicked off the back of the truck, it’s clear Bungie took their time to make Destiny 2’s PC experience as optimized and graphically-rich as possible.

“Destiny 2’s PC beta had its ups and downs, but ultimately, it gave the necessary taste that leaves players wanting for more.”

Playing at 1080p on my GTX 1080, I was able to turn the settings to Ultra and, good lord, did the game sing. While consoles will be locked at 30FPS, PC players will be able to push into 60-frame territory, and again, this made for a beautiful display. In the opening moments of the campaign, I was in awe of what was presented graphically.

But it’s during those opening moments that I found my first frustration: movement. Specifically, the lack of it my playable character seemed to have. My initial playthrough was with a Titan-class Guardian, the bulkiest of the three classes, so I was expecting some encumbrance, but not that much. The way the character felt dragged down or incapable of pinpoint action was a bummer, and even as I became more familiar with the movement, I never broke away from this lingering drag. 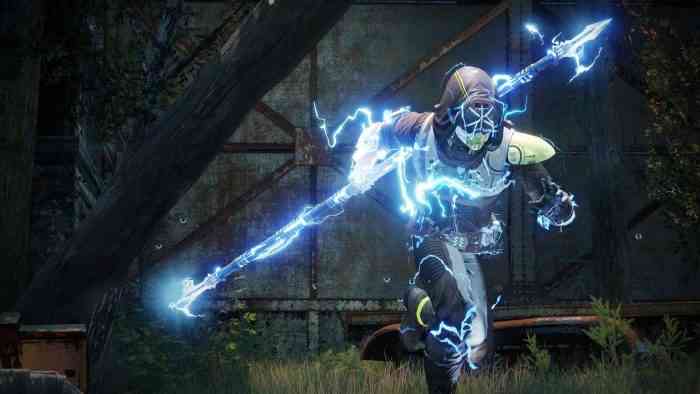 In my second go, this time using a Warlock-class Guardian, the movement seemed a bit faster, but no amount of tweaking in the settings could unveil that perfect spot. It really made me realize that it wasn’t about how fast my mouse could move, it was that the game felt slow.

This movement was something I learned to adjust to, but not overcome. During PVE, I would just suck it up, but it was during the PVP that I had to find ways to deal with this slow pace. Instead of becoming more reactive, I took my beatings while I memorized the map, then started to set up ambushes for players not as far along into the beta as myself. There were other times that I’d win in an actual fight, but for the most part, my playstyle was dependent on the movement. This felt very, very strange.

Once I understood this pace, I had a chance to enjoy the PVP for what it offered. The multiplayer allows for Guardians to use class-exclusive skills against other players, which was an interesting twist. Again, playing as a Titan, I had access to a portable shield I could throw down in the middle of a skirmish when things weren’t going my way. This allowed myself some time to breathe and readjust, and put some panic into my enemy. Ultimately, I found this to be a very cool mechanic, one that reminded me of the more recent perk-rich Halo games.

“It really made me realize that it wasn’t about how fast my mouse could move, it was that the game felt slow.”

Still, I’ve seen some complaints about this coming from more grizzled Destiny fans. Combat is no longer all about your skill with your weapon, but what’s attached to your gadget belt. I can understand the concern, but I enjoyed it–it added surprises to otherwise bullet-heavy engagements.

The Inverted Spire is Destiny 2’s beta strike mission, a PVE experience where Guardians can band together to complete a dungeon-like raid that, of course, ends with a big baddie.

For me, this was the most enjoyable part of Destiny 2’s beta, because it provided an opportunity to see just how hectic things can get in these rather-sprawling environments. The strike was diverse, enemy-heavy, and didn’t feel bottlenecked in any way. The progression felt like you’re pushing forward, but not like that’s the only direction to go.

The boss that awaits you at the end of the dungeon is a bullet sponge and one that takes that name to market. He just eats through your offense, and will usually leave you wanting for more ammo to unload. Thing is, there’s rarely any to find. My trusty shotgun was only useful for half of the raid before I ran out of ammo, and it wasn’t getting replenished, save for a couple of shells here and there. 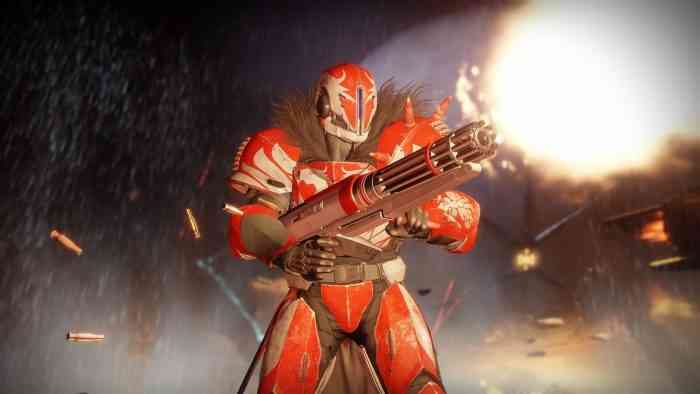 This meant I was relying on my primary weapon, a chaingun-like mulcher that would make the Heavy from Team Fortress 2 shed tears of joy. While nobody would turn down a good chaingun, it felt old after a while and I would have really loved to have more ammo for my secondary weapons. I don’t think that’s too much to ask for–do you?

For only a couple of hours, PC players were given exclusive access to The Farm, which is the social space that players can kick back between bouts and establish teams for fights to come. Knowing that this would be my only chance until release, I made sure to take a peek during the two hours it was available.

The area is located in an isolated rural countryside that’s flush with panoramic views. After playing what’s available of the campaign, it’s clear how you end up there, but that doesn’t make it any less enjoyable. It’s very cool to see the contrast between futuristic tech that’s hidden underneath dirty tarps in a paint-chipped barn or battle-worn Guardians taking a moment to relax by a primitive fire. Bungie has always had a talent for atmosphere, and The Farm encompasses that perfectly.

“All said and done, Destiny 2’s PC beta experience was enjoyable for a familiar fan, but also stays accessible for exclusive PC gamers who would be completely new to the world.”

Being that it’s a social hub, expect to be joined by many players also looking to catch a break–on full release, that is. Guardians can take part in a very chaotic, simplified soccer game, or they can dance their heart out, but there won’t be any fighting to be had. Just take a breath and enjoy the view.

All said and done, Destiny 2’s PC beta experience was enjoyable for a familiar fan, but also stays accessible for exclusive PC gamers who would be completely new to the world. I have some genuine concern with the speed of gameplay and the ammo drops, but these are concerns that a beta is made to address. Here’s hoping they get resolved for the full release.

And when that full release comes, my friends, expect an in-depth review right here on COGconnected. Until then, check out Garrett’s hands-on with Destiny 2’s European Dead Zone!

Call of Duty Black Ops: Cold War – 3 Things I Liked (and Hated) About The Beta