Let’s not beat around the bush. While we often hear the term “Gameplay is King”, the first thing most people notice about a video game is its graphics. 2022 was a year to remember in the graphics category, with a variety of graphical styles and aesthetics present in many of the top games. Let’s take a look at what the crew at COGconnected decided were this year’s Best Looking Games. 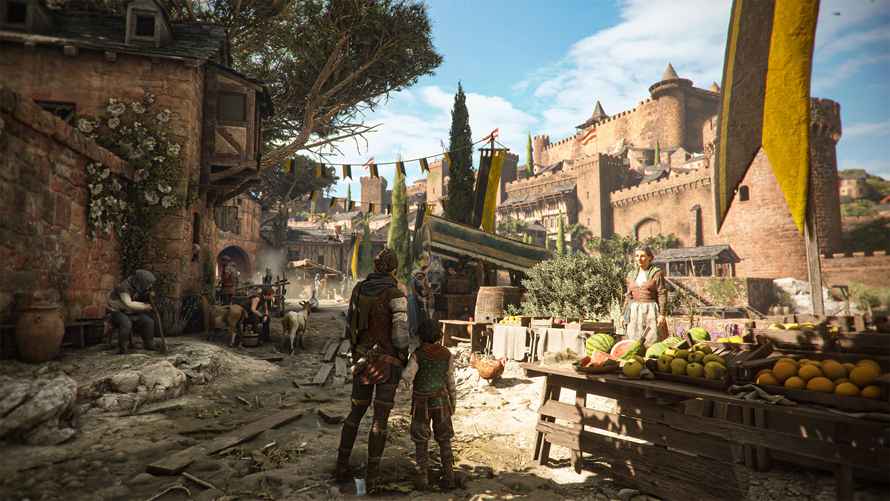 The Batman games take a turn from its Arkham series, instead focusing on some other characters within the universe. While its art direction is similar to the Arkham games, that isn’t necessarily a bad thing with Gotham City looking as good as ever, landing Gotham Knights at #10 on COGconnected’s Best Looking Games of the Year.

Tunic makes an appearance here not for photorealistic graphics or groundbreaking technicals, but rather for its charming art style and aesthetics. Think of Tunic as an isometric, minimalistic, Zelda-like game with an art direction that matches that description.

With Gotham Knights and Tunic both making the list for vastly different reasons, Scorn follows suit for yet another reason. Put simply, Scorn’s art direction is dark and atmospherically heavy, and some may even describe it as gross (in a complimentary way of course).

Technically speaking, racing games typically have gorgeous visuals, and Gran Turismo is no exception. Having only to focus on tracks and cars is a boon to a game’s aesthetics, with Gran Turismo taking advantage of that fact. In addition to these, our review mentions that “the dynamic weather effects are stunning” as well.

A Plague Tale: Requiem is an action-adventure title that ties in a few other elements from a range of genres. Where its graphics stand out is a product of the game’s linearity, which allowed developers to focus on making details, design, and lighting as top-notch as possible, bringing A Plague Tale: Requiem just outside of our top 5 for this year’s Best Looking Game.