Bloodborne: The Old Hunters – Guide to Slaying Ludwig the Accursed

You said you wanted more. You said Bloodborne wasn’t difficult enough. You said you hadn’t destroyed enough DualShock controllers in a fit of rage quitting fury. From Software listened. In a bid to actually complete (and eventually review) Bloodborne: The Old Hunters we have prepared a five article strategy guide focusing on each of the new DLC’s bosses individually. First up, Ludwig the Accursed!

I’m not going to lie. This DLC took me a little to even progress within. I’m opting to take a multi-day approach in this case. With there being five bosses, I figure stretching it out over five separate entries will let me really focus on each individual milestone, because goddamn, this is one punishing gauntlet of horrors. The Hunters in Bloodborne always seemed to be the most difficult in the game, but running into the first boss of the DLC really skewed that perception. The first hunter, Ludwig the Accursed is one hell of a boss battle, and easily one of the highlights of the entire series. He’s accompanied by a somber soundtrack and has a multiphase fight, but he’s proved to be a near insurmountable obstacle for many players. Eventually, much like one of the trick weapons in this game, something clicked, and with the help of a few people, I’d managed to slay the beast without any casualties. Let’s get down to brass tacks though, shall we?

Right as the intro concludes, Ludwig immediately launches himself at you. You can help to avoid most of his attacks by hugging his right (your left), and dodging to the side. It’s an effective means of evading his attacks, as you do NOT want to get hit by this boss. The main thing in this fight though is to not get cornered. Tangling with Ludwig reminded me of the first time I fought The Cleric Beast, and being mindful of the surroundings is especially important in this case. So long as you can keep the majority of the room to your back, and stick relatively close to Ludwig’s right, you’ll be able to hold your own. 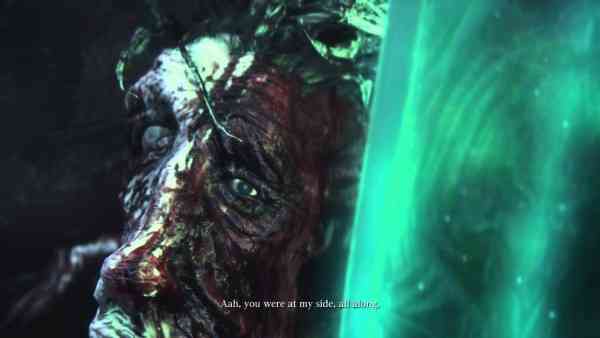 For the most part, so long as you hug his right side, you’ll be ok, but there are a few attacks of note to watch out for. The first is his leap. He’ll send himself flying into the air, but as long as you roll in the direction opposite to where he was facing when he jumped, you should not get hit by this attack. If Ludwig ever lets up on his assault, there’s a chance he’ll use one of his two other attacks that can be particularly harsh. The first is a beam of god knows what from his extra “head” which is really just a gaping wound filled with eyes. Dodge to your right as this attack comes your way, and it lets up as it nears his actual head. If you’re quick enough, this could be a nice window to deal some extra damage. Stay sharp though, as he occasionally will just fire a blast out directly in front of him. The big attack to watch for though, is when he starts to harness his animal like nature and charge at you like a bull. He’ll pause quite briefly, and tap one of this legs on the ground before barreling at you, likely dealing heavy damage, if not outright one-shotting you. If you stay mindful of these tells and continue to stay within his right side, you should be able to bring him down to half his health, where the true fight begins.

There’s a reason Ludwig has a huge sword on his back. Being the first hunter, Ludwig employed a unique trick weapon before he turned, known as The Holy Moonlight Blade. While at first appearing to be a normal sword, its unique form is what Ludwig will bring about as he regains his sense of self during this fight. The sword’s appearance should immediately be recognizable to fans of these games, but don’t get drawn in by how pretty it looks. The first thought should be to immediately get as behind Ludwig as possible. His attacks all have large sweeping motions, and this monster is surprisingly handy with a sword. 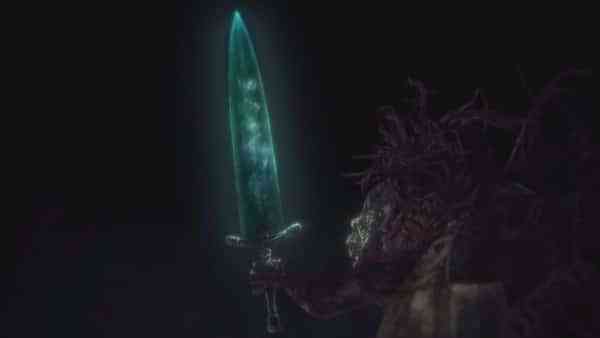 Focus on dodging behind/out of the way of his large swings, and continue to whittle him down further. As he nears the last third of his health, he’ll start to make use of a large area of effect blast, as well as holding the sword above his head and firing off another beam-attack. Both can outright kill a hunter who isn’t careful, and in this case, you need to be sure to back off and show restraint at times, as going all out against him will not work to your favour. You can’t out-damage Ludwig, but you’re much more mobile, and in each phase, his attacks have certain ranges to be mindful of. If you make use of these tips, they will be sure to help you trudge through one of the most difficult bosses of the entire game.

As Ludwig falls, you can eventually lay claim to his weapon, should you choose to honor Ludwig posthumously, but for now, we’ll advance to the Research Hall, and prepare to take down the next boss, whatever it may be.

So, Apparently You Didn’t Need to Attack to Beat Elden Ring
Next COGconnected Retro Review Series Episode 2 – Xenogears: Part 4 – The Verdict
Previous Evie Frye is the Reason You Should Give the Assassin’s Creed Franchise Another Chance