Let me take you back in time to June 2014, when news about Ubisoft’s then newest installment in the Assassin’s Creed franchise was unveiled. Simply titled Assassin’s Creed Unity, the game’s trailer showed that it was to feature a new co-op system. And then people realized it, there was not a single female playable character in the game. So, Ubisoft had an issue on their hands – gamers, and the media, had questions as to why this was so and everyone wanted answers. Assassin’s Creed Unity’s technical director James Therien was quoted saying that introducing a female character would have doubled the work on animations, costumes, and other things. It went over as well as you would think it would have, like an anchor sinking and hitting the ocean floor.

Now we are back in present time – another installment of the Assassin’s Creed franchise has been released and the latest game is simply called Assassin’s Creed Syndicate. This game features two main twin Assassin’s – Jacob and Evie Frye. Yes, one male and one female main character. The twins are not carbon copies of each other either. 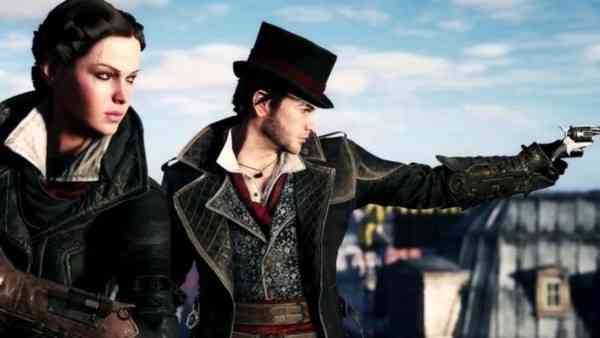 Evie is more clinical and ordered as she needs to assess the task or location before taking action. Her studies and the Assassin’s Order are very important to her, and this makes her a power force overall. While her brother Jacob is the opposite, he rushes into things which can get him into trouble (lots of it!), he is also very loyal and a strong fighter. Syndicate creates a great balance between the twins which does not feel forced. It feels more natural like how siblings really are. But our focus in this discussion is Evie. And I am just going to say this now: Evie Frye is one of the most important (if not the most important) characters in the entire Assassin’s Creed series. Now let me explain myself.

Evie is treated like any other lead character would be – with respect. Her gender is never an issue aside from the occasional joke from her brother Jacob, to which she always has a quick comeback to anyways. Even NPC female characters are well represented, as females can be leaders of gangs where the men take orders from them. And while walking the streets Evie is not taunted by passerby’s with comments about her gender either.

Another thing to note is that Evie is just not the opposite of Jacob and her abilities are not limited either, which is one of the things that typically happens to female characters in so many other games. Some female characters of the past can be amazing at what they do, but there is always a limit where typically a male character needs to come in. This is not the case with Evie. She holds her own in every aspect. Not to say that Evie is a flawless character – she isn’t, as she is allowed to be human, but she is far from weak and makes her presence known. 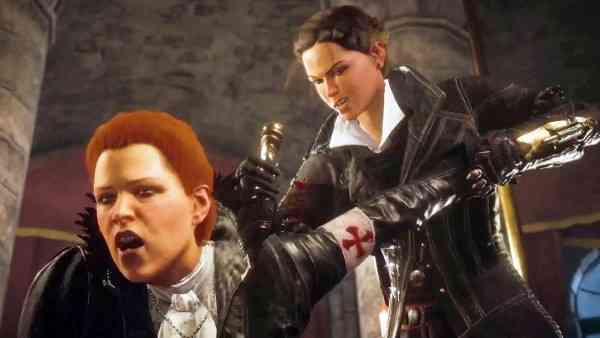 Let me give you an example. While playing the game there are a variety of side quests and missions aside from the main story – one of these are underground fight clubs. When I learned that these existed I thought that they would not allow Evie to enter them and that it would be reserved for her brother, Jacob, and his storyline, but I was wrong. Evie is able to compete in these fight clubs just like her brother, complete with an appropriate outfit to do so in. Of course this isn’t the only example of Evie’s toughness or ability to be a true assassin. As you can also see in the image above, Evie is not scared to take out someone who won’t listen, or who just treats people nasty. In the end, as with any other assassin in the series, Evie has what it takes to get the job done.

Speaking of outfits, this is another area that Ubisoft did a good job with. Evie is not an overly sexualized character. Not that I have anything wrong with those types of characters, but for Evie’s calm personality it would not make sense. Her clothing is all functional and practical which suits her perfectly. They made her role as an part of the Assassins Order very respectful and very in tune with what you’d expect.

Many may think that Evie was just a response to all the criticism that Ubisoft faced with last years release of Unity, and I am sure in some small way there is some truth to it, but in reality Evie is so much more than that. The main reason that Evie works is because she is a main character where her gender does not define her and she does not get sidelined in the story. When you really think about it, Evie Frye is strong female Assassin who can not only solve a problem or two, but can hold her own in a fight if needed, and that is why she is one of the most important characters in the Assassin’s Creed universe. For me Ubisoft has not only done right by including a female lead after the Unity fiasco, but by including one that is indeed her own person and not just some sidequest character. Well done Ubi, well done.

Assassin’s Creed: Valhalla’s Director Is At The Helm Of The Dead Space Remake
Next Bloodborne: The Old Hunters – Guide to Slaying Ludwig the Accursed
Previous Jessica Jones: 7 Comic Easter Eggs and Tie-Ins