5 Reasons to Give 60 Parsecs! Your Time

At PAX West 2018, I had the pleasure of going hands-on with Robot Gentleman’s 60 Parsecs!. For the uninitiated, Robot Gentleman is also the independent developer behind the hit title, 60 Seconds!. While the games are similar in nature, 60 Parsecs is moving forward in a new setting that is sure to be a blast. To quickly sum up the gameplay of these games, players have 60 seconds to rescue crewmates and collect supplies before escaping a space station aboard a small craft and using said supplies to survive as long as possible. Without further ado, here are five reasons to check out 60 Parsecs!

In 60 Seconds!, players are presented with the setting of a nuclear fallout, and take control of a family trying to survive as long as possible in a fallout shelter. While this may be a typical survival scenario, it can be quite limited in that players would only be able to explore the outside world. In 60 Parsecs!, players are taken aboard a spacecraft and a whole universe is open to players to navigate in search of supplies and best methods to survive.

While exploring planets can also be attributed to the space setting above, it is a new aspect from Robot Gentleman that makes the most of the setting. Players have the chance to land on a number of planets that provide them with different situations to get into. This mechanic is perfectly suited for the gameplay loop, narrative, and setting. While I did not get far enough into the game to see a planet landing through to completion, I am highly interested in seeing what they have in store. 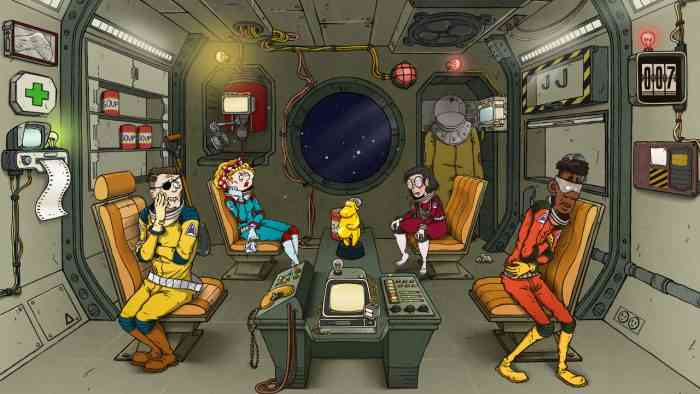 Just as 60 Seconds! had, 60 Parsecs! has its fair share of dark comedy, which keeps the dire situations that players are put into lighthearted. This aspect is apparent in the text, situations, and art style. Whether your AI gets upset that you beat it in chess, or you die because you lost in a dance-off with aliens, 60 Parsecs! is sure to keep players entertained through both success and failures.

4. A Looming Sense of Dread

In many survival games I have played in the past, I have been able to overstock up on various items so that my characters have a solid buffer to keep death at bay. On the other hand, a catastrophic event would also be present that would wipe out my stockpile and the cycle would begin again. In 60 Parsecs!, players are put in tough situations constantly, making survival a much more difficult goal to attain. Whether your soup supplies are low or you get approached by aliens, death may just be around the corner, making 60 Parsecs! an interesting adventure title with the odds against you.

It is undeniable that 60 Seconds! was a success for Robot Gentleman, and 60 Parsecs! builds on the previous title in many ways. From an improved and flexible setting, to quality of life improvements, to darker and funnier situations, 60 Parsecs! definitely learned from both the ups and downs of 60 Seconds!, giving players the best of Robot Gentleman yet.

Are you looking forward to 60 Parsecs!? Let us know in the comments below!

Go to Space With Some Sock Puppets and Soup in 60 Parsecs!
Next Call of Duty: Black Ops IIII Blackout Beta: The Good, The Bad & The WTF
Previous Dotemu is Packing Some Serious Heat With Streets of Rage 4, Windjammers 2 and Young Souls