Dotemu is Packing Some Serious Heat With Streets of Rage 4, Windjammers 2 and Young Souls

Nostalgia is a big word we use a lot in video games these days. New titles remind us of something we played in the past – whether for better or worse – and we can’t help but draw comparisons. It’s something memorable to bank on when creating a video game, pulling a certain look, style, or even sound from a classic title to spark that memory of the good times. Based out of Paris, Dotemu is a developer and publisher that looks to take the concept of gentle nods of nostalgia one step further and instead bring you a tastefully updated version of monumental classics.

This year at PAX West, Dotemu gave me the chance to go hands-on with two games getting long-awaited and unexpected sequels that – while I had not been hands-on with the original games – I could immediately see the preserved love these games held from their original incarnations. The first title I got to play was Windjammers 2, a fast-paced and incredibly enjoyable two-player game that mashes pong and frisbee together.

Windjammers 2 is a two-player high-speed game where you’ll face off in an arena while hurling discs at each other. The stage is designed to ricochet the disc off of walls and objects, and players are able to curve the throw for some really cool trick shots. The faster you throw it after catching it, the faster the disc will fly and it leads to some truly amazing goals. Players can also dive to catch the disc as well as smash it hard against the enemy. 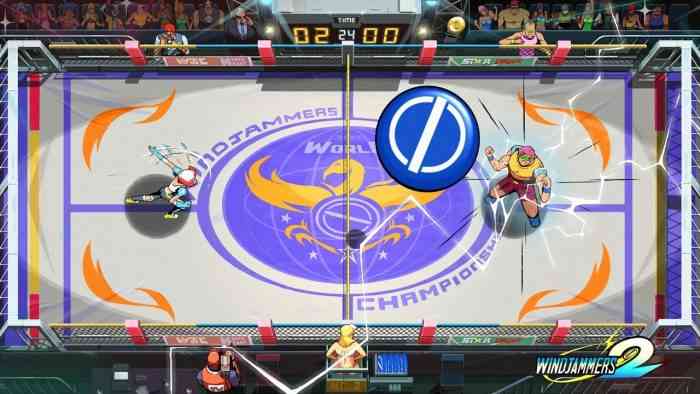 The demo only let me see two characters and one stage but the Dotemu team confirmed we will see plenty of characters – each with their own unique super moves such as creating a blinding smoke cloud over your opponent – as well as arenas with unique hazards to make the chaos even more fun (think pinball machine!) It’s a game that is easy to play and difficult to master but after each round was completed I found myself asking the devs if we could play just one more round. It’s simple fun and – not being a big multiplayer gamer – I know I would have a blast playing with my friends.

Windjammers 2 is slated to release in 2019 and is set to launch on the PC and Nintendo Switch.

Cult Classic Corpse Party Brings Horror To PC And Consoles Soon
Next 5 Reasons to Give 60 Parsecs! Your Time
Previous Why Cyberpunk 2077 Will Scratch That Terrible Mass Effect Itch