Dotemu is Packing Some Serious Heat With Streets of Rage 4, Windjammers 2 and Young Souls

The second title Dotemu showed me was one that has been highly anticipated: Streets of Rage 4. One of the iconic multiplayer games from 1991, the concept remains as it did back then: get a friend, beat up the bad guys, move on.

Dotemu has put some painstaking work into keeping Streets of Rage 4 as authentic as possible to the source material. Featuring a more grizzled Axel Stone in the demo, it took only a few minutes to understand the simple controls and have a blast pulling off intense combos against the various hooligans and baddies coming at me. Were it not for the sharp detail in the updated graphic style – reminiscent of a comic book – I would have thought I was playing this on the SNES and had fond memories of similar games wash over me. 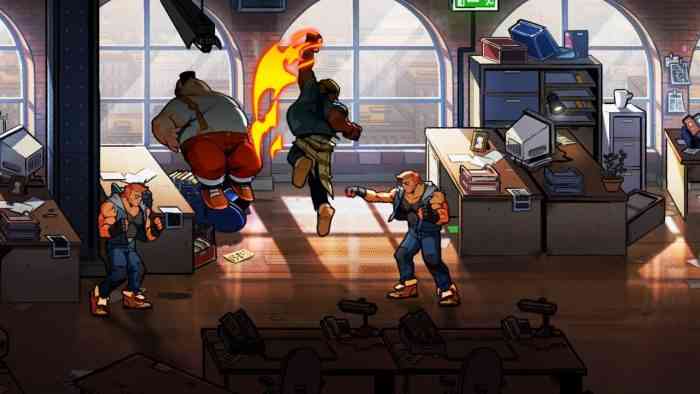 Playing with one of the devs, we cleared out the stage, smashed some objects, and had some great fun with general mayhem. It was yet another time I felt the demo ended too soon and I wanted to keep going. The stages had some phenomenal detail in the background and some greatly nuanced attention to the lighting and fluid movements of the characters. Hit detection was decent if just a little more focused than I was used to, but the overall experience was a joy to play and I wanted to see more of the extensive roster they have planned.

Streets of Rage 4 is set for release sometime in 2019.

Dotemu also picked up a small development team, The Arcade Crew, also based out of Paris to help them develop their own original games. They let me try out their upcoming co-op action RPG Young Souls and it was an experience that left a lasting impression.

Young Souls is a co-op game about two kids – Jenn and Tristan – who are adopted by a kind scientist in a small town. They uncover a portal to another world where evil threatens to come through and destroy the Earth. The game can be played single player, allowing you to swap between the two on the fly, or with drop-in multiplayer. It’s an almost beat em up style with RPG elements and upgradeable gear. 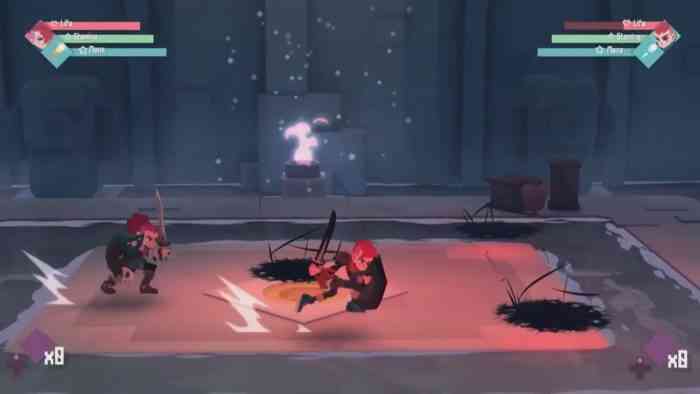 The two share an inventory, so if someone wants to use a particular sword it is locked from the other character. The combat is heavily skill based with blocking and dodging playing key elements. Should one player be felled in battle, the other can bring them back into the fray to keep fighting – it’s all about teamwork! The art style is unique and memorable with fine details such as the kids equipped street clothes showing beneath their armor for combat. The game features over 70 dungeons to explore and a lot of questing to be done both in the real world and in the other realm.

Young Souls is hopefully ready to be released by 2019.

Wargroove: Double Trouble Review – A Fantastic Free Expansion
Next 5 Reasons to Give 60 Parsecs! Your Time
Previous Why Cyberpunk 2077 Will Scratch That Terrible Mass Effect Itch