Last year was unquestionably a rough year for the EA Sports NHL franchise. Well, maybe not in terms of sales, but at launch NHL 21 felt incomplete. Our man Rhett, didn’t hold back last year when he absolutely blasted the game in his review stating: “The NHL series hasn’t drastically changed the formula for fifteen years, so why would I expect NHL 21 to be any different? I certainly appreciate that Be a Pro has been fleshed out, but I’d trade it in a heartbeat for a game that looked and felt like an NHL broadcast.”

That is quite easily the lowest score we’ve ever given the franchise. Granted, the pandemic threw a giant Shea Weber clapper into the development cycle, so the down year was to be expected. In fairness, the experience did drastically improve post-launch. I certainly hope EA Vancouver can continue building on that momentum by delivering a polished and complete NHL experience on October 15.

Last Thursday, COGconnected got a first look at NHL 22 and on the surface, everything seems to be right on track. Now, we didn’t get to see a ton of gameplay or get any hands-on time, so I am cautiously optimistic. Yet I am confident the franchise is headed in the right direction and, at the very least, it appears this will be the best looking NHL game we have seen to date. Here are 5 things that have me pumped about NHL 22.

Frostbite Engine on Gen 4 and Gen 5

EA Sports is now all-in on the Frostbite engine following the footsteps of Madden and FIFA. What does this mean for the NHL franchise? In short better visuals across the board. The engine will be used in both current and last-gen consoles, which is also a nice little bonus. Based on the short gameplay clips and screenshots we witnessed, the improved lighting is noticeable and the ice looks more lifelike than ever. The way the boards reflect off the ice is pretty slick and it’s fantastic how all the light sources are authentic to the various NHL arenas. Granted, with a new engine, we anticipate new glitches. Yet this is unquestionably a step in the right direction.

Players just seem a little more life-like thanks to the new hardware capabilities of the new engine. Over 100 player head models have been re-built from the ground up according to EA. Skin and eye shading all received significant upgrades. There is now life-life textures to the jerseys. Every jersey is now delivered in high-res where every stitch is visible. It’s all about making NHLers more true to life and I think EA has accomplished that.

Matthews on The Cover

Okay, I get it. Austin isn’t the most likable NHLer. If you are a Leafs fan or have him in your hockey pool, you probably love him. But otherwise, he’s got one of the most punchable faces in the NHL. Yet, there is no denying he’s one of the best goal snipers in the league. He’s got a deadly shot and his hockey sense is over-the-top. He’s an excellent pick for the cover and represents everything the dev team is trying to accomplish this year. 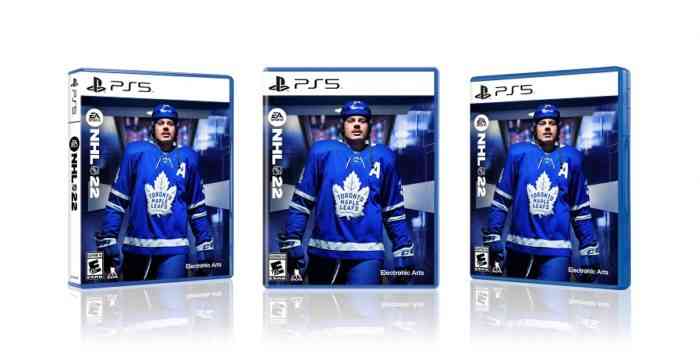 X-Factors has been included in every Madden game for the past couple of years. NHL version of X-Factors is basically the same idea and inspired by Madden. Yet it is “uniquely NHL”. Madden does a great job with Superstar X Factors as it’s all about highlighting the superstars in the league. With NHL 22, over 100 players will have Superstar X-Factor abilities, but only the top 50 will have Zone X-Factors abilities. For instance, when Austin Matthews Zone X-Factors is triggered, his “shock and awe” ability is unlocked and gives Matthews a temporary boost which allows him to create a scoring chance. Each of these abilities is unique to the player and yes, goalies can have these abilities too. X-Factors is all about separating the superstars from the rest of the NHL, so this is a welcome addition. As long as it doesn’t become some kind of silly exploit.

EA Vancouver is always listening to their Listening to the community. One of the most requested features from the community is a social hub and new customizations. With NHL 22, fans will get exactly that. There will be more ways to customize your custom player. You can also customize your player to your play style. You’ll also have a faster way of connecting with your friends in the always-on dressing room. You no longer need to leave the hub to connect with your friends. 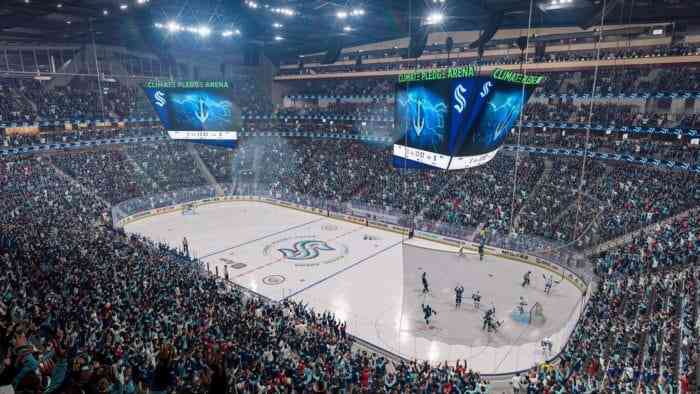 There you have it. 5 things we are excited about. I should also mention the new AR presentation also looks pretty cool but I want to see that in action before I get pumped about it. That said, seeing stats appear on ice and in the stands during a game sounds kinda cool. Also, I cannot wait to see what the Seattle Kraken looks like in the game.

There is apparently an NHL 22 technical test is coming at the end of the month.