Hope County has seen better days – well, that depends on your perspective. Ever since the fateful ending of Far Cry 5, technology and indeed the modern world have become almost non-existent. Seventeen years later, the survivors have emerged from their underground bunkers to start rebuilding, and while this is serious work to ensure the survival of humanity, that doesn’t mean you can’t have a little fun along the way. Far Cry New Dawn’s gameplay is structured entirely around scavenging to survive, so when you aren’t fighting the highwaymen for the right to live, even the relaxing distractions from the main story will help the town of Prosperity, it’s a win-win! What kind of activities can you expect? Here are five things to do in Far Cry New Dawn other than the main story;

The blast that took out most – if not all – of North America has laid waste to most structures in Hope County. On your travels you’ll encounter a variety of landmarks and locales with useful scraps left over from all those years ago. With an unlimited inventory and a heavy reliance on parts to advance your arsenal, allies, and home, picking up everything that isn’t nailed down is not only essential, but satisfying to see the tiny green check mark appear on the map to let you know you got everything in sight. Timber is particularly helpful in highlighting all the scrap in the area, and there is something inherently relaxing about slowing down to explore the aesthetic of the new world as you pick up the parts you need to survive. It might not be the most thrilling, but it sure is a good opportunity to stop and smell the irradiated roses. 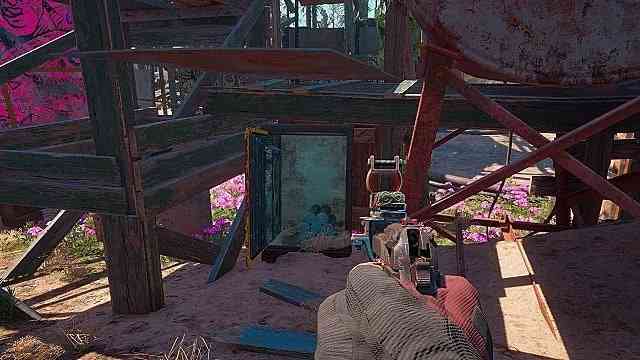 Far Cry 5 introduced fishing mechanics that were easy and fun, a nice way to reflect on the culture of Montana as well as make a few bucks selling fish. New Dawn continues this tradition of pulling you out of the post-apocalyptic chaos and letting you find solace sitting by a stream or lake and pulling in a few fish which can be traded for parts. Fishing was a big deal in Far Cry 5, yet New Dawn offering you parts in trade for fish makes it yet another key feature for survival. Just be sure not to wade too far into the water, the mutated Demonfish is a beast not to be trifled with.

Escape From Tarkov Patch Introduces Long Awaited Map And More
Next 3 Things We Loved (and Hated) About Ace Combat 7: Skies Unknown on PC
Previous The Best (and Worst) Kingdom Hearts Worlds of All-Time