5 Xbox Series X Games We Want After Inside Xbox

Several developers took to the recent Inside Xbox to showcase their next-gen titles coming to the Xbox Series X and many more developers remain silent about their projects. While each title had its charm and will find a fan base to please, these five games are our favorites that were either unveiled or showed off, some of which will be included as part of Game Pass and others which will be free if you purchase it on Xbox One.

Codemasters have refined the DiRT experience once again, with more cars and better looking visuals than any other title. The game includes locations such as New York City, Brazil, Arizona, China, Norway and more. Codemasters are masters of the rally racing formula and the career for DiRT 5 will be the best yet, narrated by Troy Baker as you travel around the globe. According to Robert Karp, gamers will be able to play through each season of the year, with dynamic weather affecting their driving. Best of all, this is the first DiRT to offer four-player splitscreen. Like many games on this Inside Xbox, DiRT 5 will be available across multiple platforms but we’re looking forward to picking it up on Xbox Series X.

The Medium is the next psychological horror title from Bloober Team, the developers behind Blair Witch, Layers of Fear and The Observer. It looks like the team is using stuff they learned from each title as they combine two worlds with the themes explored in their previous titles such as PTSD, sacrifice and what it means to be human. While the game looks and feels like a next-gen Silent Hill title, it also has the original composer, Akira Yamaoka, doing the gloomy and threatening soundtrack. We’re looking forward to the human world and the spirit world that Bloober Team have created for The Medium to discover all of the mysteries they have to offer. 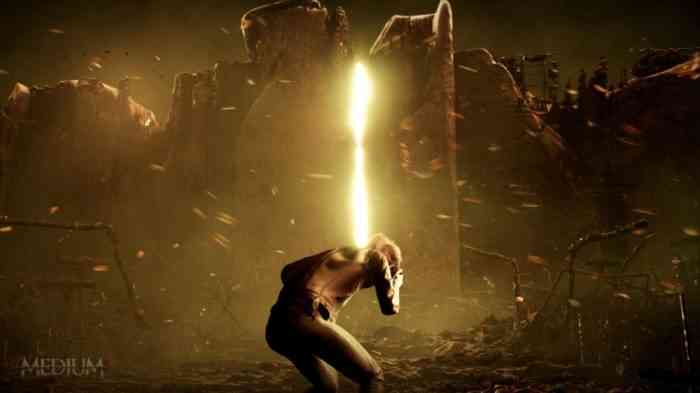