DiRT 5 Announced on Inside Xbox

Codemasters joined many other developers as part of the most recent Inside Xbox event which showcased Xbox Series X games such as DiRT 5. The graphical upgrade from DiRT 4 to 5 is impressive, with the trailer showing off multiple types of tracks and vehicles in footage that looked comparable to Forza Horizon 4. The gameplay will offer what DiRT fans have come to know and love, with some of the highest octane rally racing on next-gen consoles. DiRT 5 will release on Xbox One, PS4, Xbox Series X, PS5 and PC in October according to Codemasters. 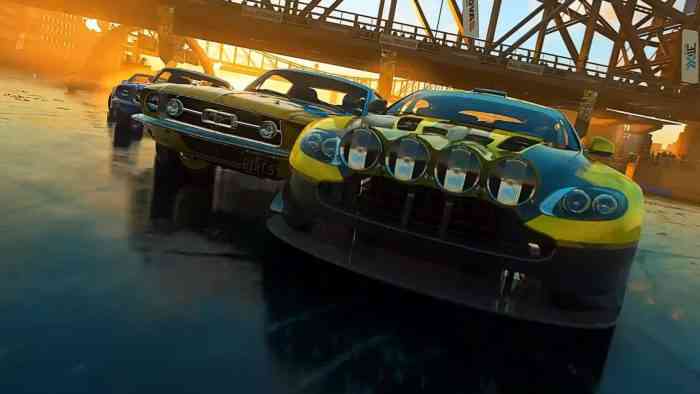 Robert Karp joined Inside Xbox to explain more about what DiRT fans can expect from DiRT 5. According to Karp, DiRT 5 will feature locations such as New York, China, Norway, Italy, Arizona, Brazil, each offering gameplay for each season of the year. There will be various gameplay options across the various tracks and gamers can play each track in four player splitscreen. The weather mechanics in DiRT 5 will change up how the cars handle on the tracks and we’re looking forward to seeing how improved the physics are compared to DiRT 4.

The career in DiRT 5 is apparently a significant improvement from the previous Codemasters installment, offering gamers more choices and impact from those choices. Both Troy Baker and Nollan North will be voicing characters in DiRT 5, with Baker being the key voice of reason in the rally racing game. Just like many other games announced during the Inside Xbox event, DiRT 5 fans who own the game on Xbox One will also get a copy for the Xbox Series X, allowing Xbox fans an easy way to upgrade to next-gen. We’re looking forward to rally racing around the world all over again with DiRT 5 when it releases in October.

Will you be playing DiRT 5 on next generation consoles? Let us know in the comments below!