Everything Gaming Related From 2021 That Can Totally Get F**ked

If there’s one thing that really gets me into the holiday spirit, it’s pouring myself a little eggnog, turning up the fireplace, and kicking a man when he’s down—putting the nail in the proverbial coffin. I think I’d excel at that job where they’d hire me to come in and fire your dad.

Anyways, I’ve been digging graves over the past month in preparation for our annual “Get Fucked Awards.” Out there in the backyard, looking like Slim Shady in the Cleanin’ Out My Closet music video. Wearing a white tank top and screaming at the heavens over how upset I am at eFootball 2022. The neighbor was concerned at first, but after showing him the entire list of shit we need to cover tonight, he offered to run to Home Depot and get shovels. I declined. This one’s all me.

Come along, dear reader, as we are counting down everything gaming from 2021 that can get absolutely fucked.

Why waste time getting to the meat and potatoes? If Konami hadn’t already put a shotgun in its mouth with the Kojima debacle, you could bet your ass the crime scene cleanup unit was on location for this one. eFootball 2022’s disastrous launch has crippled the formerly known-as Pro Evolution Soccer franchise, killing any chance Konami may have had to reignite the war with EA Sports and their Fifa series.

Way to go, Konami. But, hey, at least now, if anyone’s ever having a shitty day, they can google that image of Messi and Ronaldo from their appearance in the incredible eFootball 2022. 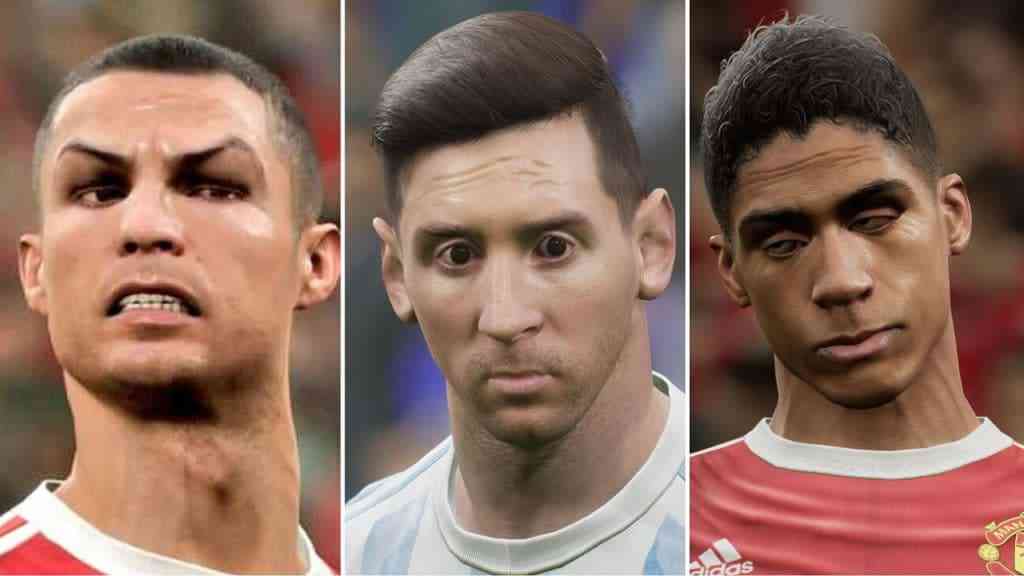 Who would have thought that the ‘2042’ was going to refer to the number of terrible reviews this got? Furthermore, who’s to blame for this abomination? Who from EA – while hunkered down in Castle Doom – was playing DICE’s latest attempt at a video game(?) thinking it was going to revolutionize first-person shooters?

People often preach not to pre-order. Battlefield 2042 has now made the strongest case for that sentiment over the past decade. And if you’re one of the many to have still not found a PS5 or Series X, you might as well have been robbed at the ATM while taking cash out because you have received nothing in return other than possible PTSD. Bugs, crashes, and balance issues are only the tip of the iceberg here. I could talk shop on how awful Battlefield 2042 is all day, but Metacritic’s steaming hot 2.2 user score speaks loud and clear.

You know what we mean. Chances are, at some point, you’ve also fallen victim to the empty promises that spew from marketing teams behind sports games with annual entries. Every year, it’s the same old song and dance—the same dog and pony show. Get ready for the future of this and the next level of that.

Kick rocks with that nonsense. Please take a look at any sports game from the last five years and tell me it isn’t a buggy, broken, copy-and-paste job from the year prior. Other than MLB The Show, they’re all guilty. And they all deserve a slice of the number four spot on this illustrious list.