Ranking 2019’s Movies That Will Be Worth Every Penny

You may have tuned in for the list where I hypothesized which movies are going to be a train wreck this year (I have a decent track record at this point if I may say so myself), but here’s the list of films you can almost assuredly plunk those hard-earned bucks down on and walk away feeling like it was worth your time. While the field was pretty hefty this year, here’s the cream of the crop!

Once upon a time, I would go to your films and I would feel strange because I would be surrounded by children and I’m a tall, very bearded, bald adult. Now, whenever I go to one of your movies, it’s mostly people in and around my age group. Thank you for making my obsession with ‘kids’ movies more mainstream.

9) How to Train Your Dragon: The Hidden World (February 22)

Speaking of, as long as the third part holds up in quality to the first two, this has to go down as one of the best trilogies of all time. There’s dragons, humor, heart, and some definitely epic action sequences. Like I said, if The Hidden World stays on par with the previous two (and I have no reason to believe it won’t), the story of Toothless and Hiccup will be talked about long after this final chapter.

It’s Ryan Reynolds voicing Pikachu. That is all.

The first chapter of It made my list of things to avoid in 2017 and boy, was there egg on my face over that one! What an incredible movie and box office juggernaut that turned out to be! So, it’s hardly a surprise to see this show up as one of the movies you can’t miss this year. With a returning director and a solid cast as the Losers all grown up, I personally can’t wait for this one to drop! Considering it’s early September release again, expect this one to have a long run into the Halloween season, just in case opening weekend crowds aren’t your thing. 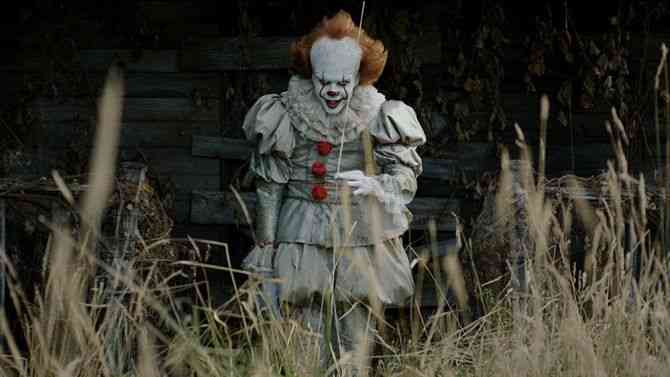 We’re getting down to the final chapter of the post-Disney purchase Star Wars trilogy and it doesn’t come without some baggage. In my previous iterations of this list, Star Wars would have been first or second and even though I’m adamant about the quality of the Episode VII and VIII, even I can’t help but acknowledge that a little of the shine has worn off of this series. Whether it’s the constant barrage of hate this series has been subjected to, the online belittling of its actors, or that no Star Wars movie will ever live up to the originals (*cough* except for Rouge One *cough*), Episode IX has slipped down the list slightly. Though, let’s all take a second and appreciate that Star Wars is so good and beloved that it being #6 on a list of 10 for an entire year means it’s ‘slipping’. Regardless of what this film brings with it, I’m excited to see the Grey Jedi become the dominant force users in the galaxy and to see Kylo Ren finally get his just desserts, whichever way that may come. Also, if we could find out who Rey’s parents are, that would be greaaaaaaaaat.

PS, what’s the over/under on this being the second biggest box office success of the year?

No trailer yet, due to supreme secrecy.

2022 PlayStation Holiday Gift Guide
Next The Top 10 Guest Characters We Want in Mortal Kombat 11
Previous Far Cry: New Dawn, The Outer Worlds or Rage 2 – Which Wasteland is Right for You?