One of the few remaining joys left in the dystopian hellscape we find ourselves in lately is sitting down and watching a great movie. A little escapism, a lot of entertainment, and 2 hours away from the ever-increasingly bleak news cycle. With most of the studios having caught up on their slate in 2021, this year looks to be full of high highs and real low lows. Today, we’re going to tackle the high points! These are the movies you should be on the lookout for in 2022.

Matt Reeves is directing the newest Bat outing that is set on the burgeoning Earth 2 universe since DC/WB can’t quite figure out how to reboot the Earth 1 universe for the third time. With Robert Pattinson as Wayne, Paul Dano’s Riddler on a serial killing spree, and an all-star cast with the who’s who from Batman’s rouge’s gallery, this is shaping up to rival The Dark Knight Trilogy as the best Bat adventure yet. Now, if they could translate all these great Batman stories over to making any other good DC movies, that would be fantastic!

On the other end of the spectrum in regards to superhero movies comes the return of Thor and director Taika Waititi. After Thor: Ragnarok reinvigorated the Thor series, Chris Hemsworth returning to the role post-Endgame was a big win for all of us. Imagine my glee when I discovered Christian Bale had signed on to play Gorr the God Butcher in an adaptation of, arguably, my favorite comic book arc, maybe ever. With more fan favorites returning and the (probable) introduction of a new God of Thunder, this one may prove to be the highlight of Marvel’s 2022 slate. 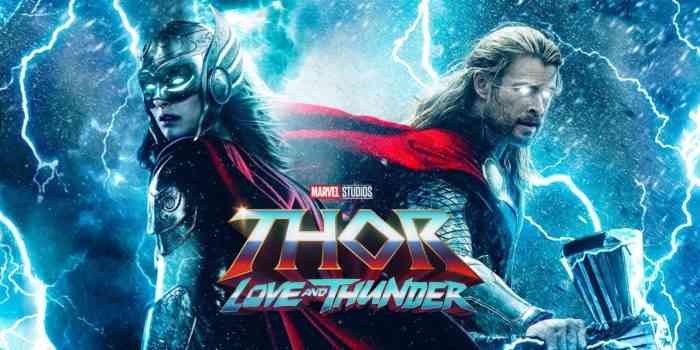 Doctor Strange in the Multiverse of Madness

I maaaaay have jumped the gun on Thor being the highlight of Marvel’s slate next year. Because this looks AMAZING! With a name inspired by the H.P. Lovecraft classic and a horror inspired plot,  Doctor Strange’s second foray in the MCU should be a tad bit darker than the usual fare. With Scarlet Witch in possession of the Darkhold and the return of Sam Raimi to Marvel, Madness of the Multiverse is setting itself up to be a linchpin in the new status quo of the MCU. With so much left unexplored on the magical side of things in Earth 1999999, the Sorcerer Supremes trounce through alternate worlds is sure to be full of even more mind-bending and visually stunning spectacles. The villain is definitely Mephisto though, right?

After several attempts to get the massively successful Uncharted series to the big screen (including the truly bizarre David O. Russell bid from a full decade ago), it’s finally go time! Uncharted being one of my favorite gaming series may make me more inclined to be excited for this one as there are some questions involving the storyline. It’s a younger Drake, so Tom Holland can play the Henley dressed hero but it also features an action sequence from the third game, as seen in the trailer. There’s also the fact that Mark Wahlberg has stuck around to play Sully, which also makes the age gap…odd. Despite the couple of things that give me pause, I’m truly excited for this movie. Maybe they’re crafting an original story that weaves together elements from the games and it’s going to amazing. Because I’m going to be really mad if this is yet another trash game to film adaptation.

Keanu Reeves returns in the fourth installment of the John Wick franchise. That’s it. That’s the post. *NOTE* This has been postponed AGAIN but I’m leaving it on this list because it deserves to be here.