Having conquered my first playthrough of the seemingly endless but excellent story, I’ve had more than enough time to reflect on all I love to do in Red Dead Redemption 2. Some things are blatantly obvious while others are a tad relative. After all, this is my second run, so opposed to leading the life of an angel among outlaws my spectrum of honor has radically faded to a shade of gray. It’s a vast world out there, and by now I imagine you’ve discovered a number of things you enjoy doing, so sound off in the comments below. In the meantime, here are ten things I can’t get enough of in Red Dead 2.

I get it. It’s gruesome, immoral, and EVIL, but let’s not kid ourselves. Most of us do it. Since the dawn of Rockstar open world games, we inevitably feel compelled to face off with all the law can throw at us. Hell, some of us fire off rounds at innocent townsfolk from the start. The point is my hands remained clean for more than eighty-five hours through my first run. So, naturally, I had to pick a fight with Valentine’s sheriff on playthrough #2. It really provides me with an excuse to see how long I can survive without cheat codes. Sure, I feel like a real sick bastard while piling bodies in the general store, but damn if it isn’t a good time.

While we’re on the subject of heinous crimes, robbing the innocent dry is one of several ways to garner loads of cash. That is if you consider roughly two grand or less a hefty sum. Regardless, sticking up store owners, stagecoach drivers, trains, and even bystanders is both fun and technically impressive. As you’re aware, NPCs react accordingly to your actions, and their believable emotions make thievery all the more thrilling. Though it lacks the action-packed adrenaline of a train heist, stealthily looting a homestead while the owners snooze is exciting in its own right. 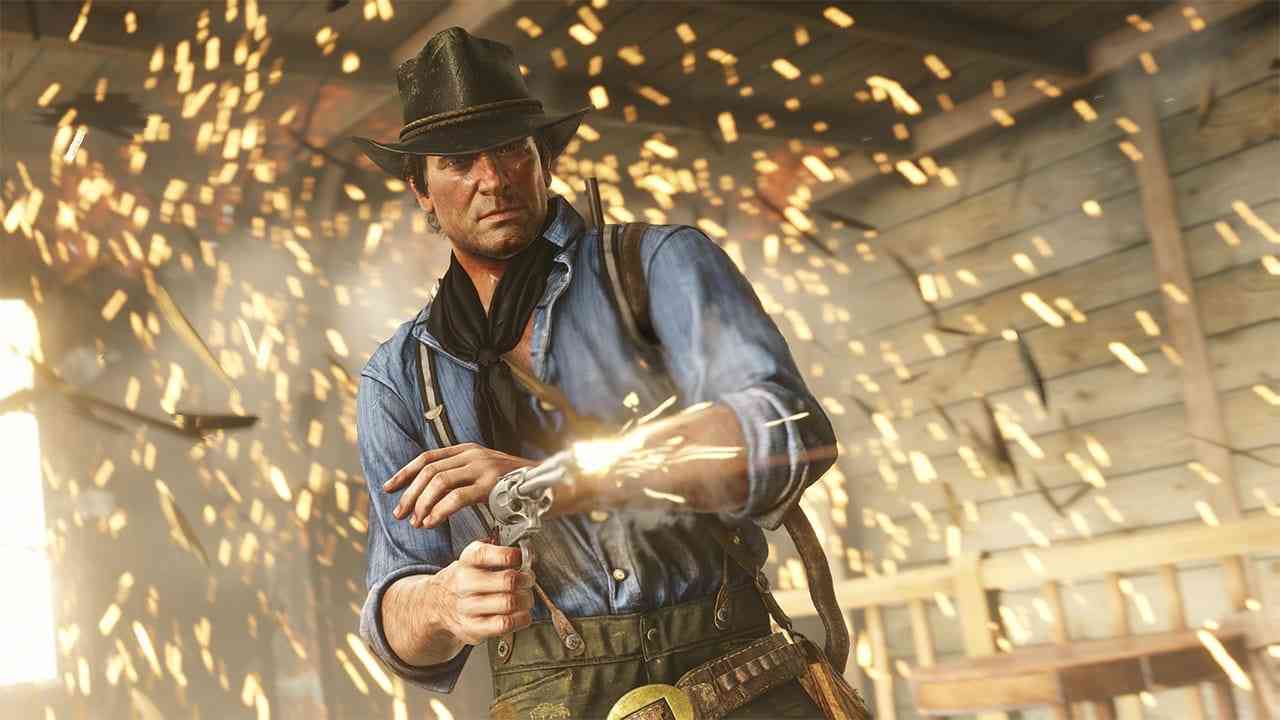 On a somewhat lighter note, I’ve never enjoyed hunting in a game more than the time I’ve spent doing so in Red Dead 2. With dozens of species to discover and realism at an all-time high, getting the drop on an unsuspecting beast is quite satisfying. I love applying cover scent and sneaking up on a flock of geese or ravenous grizzly. Those cuddly creatures sure have a brutal way of expressing their affection, but l can’t get enough of those bear hugs. The graphic act of collecting skins and meat and strapping bloody carcasses onto your steed is rewarding in many ways. From providing provisions for your camp, cashing in perfect pelts for cash, to investing legendary skins into handsome trapper gear, every hunt is worth it.