Far Cry 6 is here and it’s immense. Even for fans of the franchise, there’s enough new stuff that things can go unexpectedly south in the heat of battle and before you know it, you’re a dead Dani and hoping that the gods of auto-save were forgiving. Fear not, tourist. These tips and tricks will have you staring down Aton Castillo like the veteran guerilla that you are.

1. Don’t Dawdle in the Tutorial

Most of the game’s tutorial takes place on Isle Santuario, and while it’s a little slice of militia-invested paradise, all the good stuff really happens when you get to the main island of Yara. You could spend several hours here but my advice: mainline the missions, don’t get distracted, and come back later if you absolutely have to. 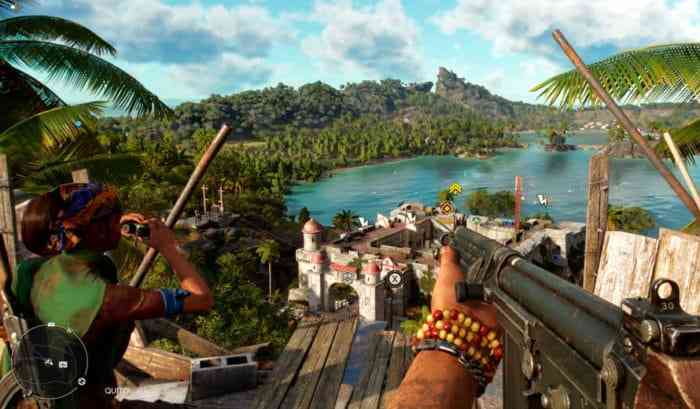 2. Get Ready for the Helicopter Gunships

Nearly every big firefight ends with somebody calling in reinforcements, which means high-level soldiers and gunboats or helicopters that do a very good job of ruining your day. Getting sliced to shreds by an unseen enemy? Just look up, tourist. You could try and take them out with your pathetic little guns, but don’t forget that early on you get a Supremo rocket launcher upgrade that does the job without fail. It takes some time for the Supremo to recharge though, so my advice, save the big gun for what you know is going to show up sooner or later.

3. Hey? Where are all the Side Missions?

We’re used to Ubisoft maps with so many icons and mission markers it looks like it was blasted with a confetti cannon. But at the start, the Far Cry 6 map looks empty. The best way to unlock side missions — and you really want to — is to collect intel. How do you do that, tourist? By talking to the soldiers with the “!” floating over their heads and bribing them…just make sure your weapon is holstered, or they’ll sound the alarm and start shooting. After you collect the intel, the point of interest/mission marker appears on your map. You can also examine documents scattered around the world for side mission info.

Ok, you sneak all sneaky-like into an FND base or start a mission, take out a couple of low-level soldiers and think you’ve got it made, when all of a sudden the alarm goes off and all hell breaks loose. It doesn’t have to be that way, amigo. Use your cell phone and scan the area, and make sure to tag the officers (orange icons with lots of stripes above their heads) and the alarm boxes, and make them your first targets. Take out the officers and no one will call in the big guns, they’re the only ones with a direct line to Presidente Castillo. 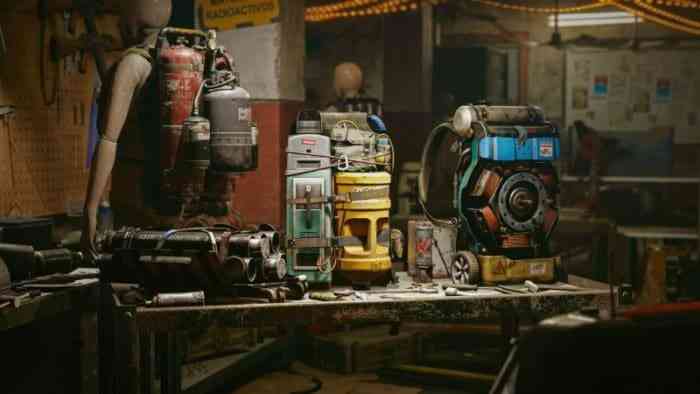 For a silent but deadly takedown, you could gut load chorizo tacos and aim the gas cloud in the general direction of the target, but a much faster solution is to drop down on your enemy from above. The result is a stealth takedown, no button presses required. Just don’t miss.

War Robots: Frontiers Officially Announced For Multiple Platforms
Next The OLED Nintendo Switch Is Fantastic But Do You Really Need It?
Previous This Bloodborne Wallet Costs $118.00 and It’s Kinda Awesome