10 Big Budget Movies That Will Disappoint in 2019

Welcome back to COG’s annual movie countdown where we try to prepare your wallets for the onslaught of films that will be taking over cinemas near you over the next 12 months. Now, normally I start with the ‘Movies to avoid…’ list but I felt that title had become misleading, especially this year. In 2019, there are a number of movies on here that I will most definitely see (one landing on my birthday) but I am sure I will leave the theatre shaking my head. So, without further ado, here is the list of films that I’m sure will make buckets of cash but will not live up to expectations. 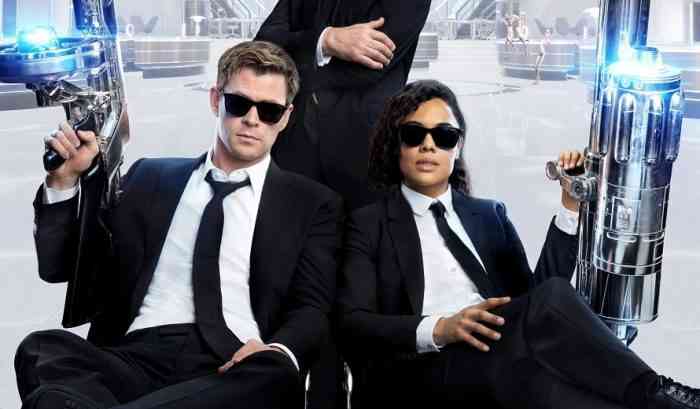 I have a very simple question in regards to the release of both of these movies – why tho? The Angry Birds Movie was horrendous and not exactly a box office sensation as well as being a ‘been there, done that’ franchise. Is anyone still playing this or even interested in another movie? The same can be said about Minecraft. Yes, it was all the rage 3ish years ago, but I couldn’t tell you the last time I heard anyone talk about Minecraft.

As you can expect, if there are official trailers out there (which I doubt), they are impossible to find amidst the onslaught of ‘fan made’ dross.

Now, this may seem like a strange point of contention (especially next week when the other list comes out) but I am up in arms over this Dumbo remake. Not because it’s a remake because I’ve been LOVING seeing live-action Disney classics. No, my beef is with the director. Why is Tim Burton still allowed to direct? Hasn’t he proven time and time again that he’s a hack? His talents have been drained of him and his biggest claim to fame isn’t even a movie he directed. Go ahead, Google it. While there are Disney releases I’m pumped for, this, my friends, is not one of them. Prove to me that this isn’t just a flashy trailer in March, Disney.

Remember earlier when I said I was going to go to a movie on my birthday that I didn’t think would be good? Well, this is where I begin to tread the fine line of controversy. I don’t know what to think of this. The DC film universe is a hot mess which has lead to a… prequel(?)… and also a potential origin story to the King of Crime himself, The Joker. Yes, Joaquim Phoenix is a tremendous actor and the test footage Todd Phillips released was very compelling and got my interest way up. However, you know what ruins a good villain/ hero/ franchise? Too much information. When you take away all the mystery, chances are you’re going to be disappointed with what you find out. Ask the Wachkowski’s about that. This is one of several on this list that I’m hoping I’m wrong about, but, sadly, I’m concerned I’m right on the money with this one.

Here I am treading this line of controversy again. The Dark Phoenix saga is one of the X-Men’s finest and it was handling HORRIFICLY in the abysmal X-3 which ruined Bret Ratner’s career long before Olivia Munn got to him. The revamped X-Men had also been delivering a solid series of films before Bryan Singer lost his mind, went AWOL, and has since gone into hiding to prevent those, shall we say ‘uncomfortable’, stories about him bring him down. So, my expectations were sky high for Apocalypse, cause it’s about damn time we got him in the X-Verse and I was so very, very disappointed. So, while Dark Phoenix has loads of potential and throwing Sophie Turner front and center can only help that, there’s also that looming thought in the back of my mind… will we have another Apocalypse on our hands? Or will we have a Days of Future Past? As you can probably tell from which list this fell on, I’m kinda thinking the former.

6) Masters of the Universe (December 18)

If the internet knows and loves one thing, it’s nostalgia. So, it doesn’t take much to explain why He-Man is returning to the big screen. Projects like this don’t necessarily spell disaster, but it has all the familiar ear markers of a disaster. There are EIGHT writing credits attributed to this one currently and it has bounced around the release slate for at least a couple of years before Blumhouse finally took the reins and settled it into the end of 2019. People like Christopher Yost and David Goyer have taken stabs at getting this thing to the big screen but Blum went his usual route and has a pair of up and comers helming this one. So, let’s see how many boxes we can check here. A multitude of writers. A variety of producers and directors attached at various times. Relatively untested directors. You know, if this didn’t have such a cushy release date, this would be much further up the list. As it stands, it’s still going probably going to be a huge dud.

Trailer is still forthcoming other than some fan made stuff.