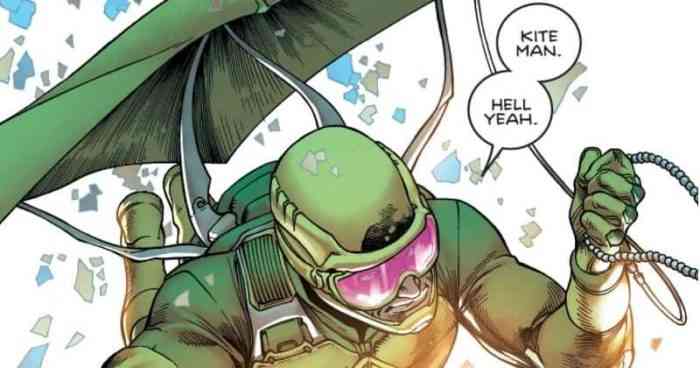 While fans and critics should be conscious to limit comparisons with the Arkham games, its hard to ignore a great blueprint. While the headlining villains may have been mainly A-Listers, Rocksteady used quite the variety of rogues to give the Dark Knight a great diversity of enemies. Throughout the games, players took down lesser-known baddies such as Deacon Blackfire, Professor Pyg, and Firefly. Gotham Knights has the opportunity to continue this tradition, and even possibly expand on it with what seems to be a lighter tone. Given that Gotham Knights is not directly set in the Arkhamverse, they have the option of included villains who didn’t necessarily fit the tone of Rocksteady’s franchise, such as Kite Man, Condiment King, and the recently popular Polka Dot Man. Based on the 2020 gameplay reveal, players can expect different enemies to have “levels” akin to RPG’s. Lesser-known baddies can play a key role as low-level bosses for players to take out early in the game, before working up to the headliners like Mr. Freeze.

Set in Gotham City proper, WB Games can use next-gen tech to flesh the city out like never before. While the latter Arkham games provided limited glimpses that expanded between entries, Gotham Knights could provide our most in-depth experience yet in Gotham City. Full explorable iconic locations like Penguin’s Iceberg Lounge, Ace Chemical, Monarch Theater, Blackgate Prison, and maybe even a couple Lexcorp and Wayne Enterprises properties would establish Gotham City as a living and breathing hub of crime. While many of these locations were featured in previous Arkham entries, having them all explorable and spread out around (hopefully) the largest Gotham yet will help build the world our Gotham Knights will be trying to save.

3. A Basketful of Easter Eggs

The Batman universe has such a rich and wide-spanning history that it is nearly impossible to incorporate every important or interesting thing that inhabits Bruce Wayne’s corner of the DC Universe. The Arkham titles did an absolutely fantastic job of hiding away little niche items, newspaper clippings, or dialogue that hinted at so much more than Rocksteady could reasonably fit into their titles. These small inclusions displayed the love and care the developers had for their crafted world.

2. DLC or Teases for Sequel Characters 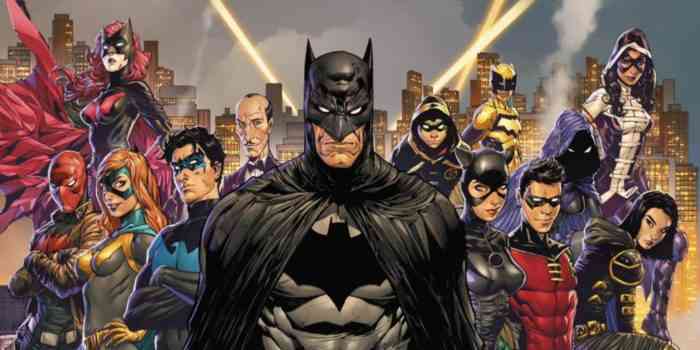 When selecting which members of the Bat family would headline Gotham Knights, WB Games picked the four that are arguably the most beloved and mainstream of all. However, audiences may want to see an expansion of that roster over time. Either as DLC or potential sequel teases, the developers have the opportunity to shine a bright light on the lesser-known extended members of Gotham’s roster of hero’s. Damian Wayne’s robin is seemingly the largest gap to fill, though there may be some hesitation to include a crime fighter who is traditionally in his early teens. Other members to include could be Kate Kane’s Batwoman, Luke Fox’s Batwing, Stephanie Brown’s Robin, and fan-favorite Cassandra Cain’s Orphan or Batgirl. Depending on the canon the writers of the game would like to build, they have quite a diverse set of options to think about when looking to go expand the Knights. 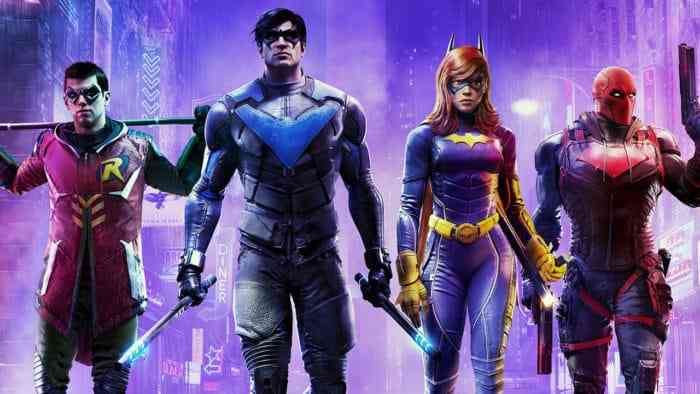 If Gotham Knights truly wants to distinguish itself from Rocksteady’s predecessors, it has to draw a clear line between its protagonists and Bruce Wayne. Gameplay-wise, there needs to be a clear retreat from the absolutely dominant physical presence of Batman. While Dick Grayson and Jason Todd can be brawlers, they shouldn’t be able to take down a group of thugs with quite the efficiency of Batman. Encounters and stealth approaches need to feel more challenging in order to drive home the need for teamwork in the absence of Batman. This change should be reflected in the dialogue as well. The exchange between the former sidekicks should reflect uncertainty, tension, but also comraderie. While the Arkham series was praised for making you feel like Batman, Gotham Knights should play against that.

Although Bat-Cow is intrinsically tied to Damien Wayne’s Robin, his presence along with other Bat family members like Ace the Bat-hound, would be a welcome campy atmosphere to Gotham Knights.

What do you think about our list? Is there anything else you’re hoping to see in Gotham Knights? Let us know in the comments or hit us up on Facebook or Twitter.

The Pathless Will Release On Xbox Platforms and Switch In February
Next This Bloodborne Wallet Costs $118.00 and It’s Kinda Awesome
Previous 6 Best-Selling Video Games That Did Not Age Well