As WB Games Montreal is set to release the latest AAA Batman game since 2015’s Arkham Knight, the former Arkham Origins studio has DC fans full attention. With limited glimpses into what the game will be like, many of the details and features of the game remain a mystery since revealed at 2020’s DC Fandome. Other than the four lead characters sans Batman and a gameplay walkthrough of one level, WB Games has been largely radio silent. Despite this, many fans have high hopes for the game to live up to the quality of the Arkhamverse titles, while still differentiating itself from them. We brought together a list of 10 different things (in no order) that will help Gotham Knights live up to the hype.

Based on the little gameplay we’ve seen, it appears that the general idea is each playable character will play quite differently, and there seems to be a variety of builds per character as well. In order for Gotham Knights to emphasize the distinct personalities of each character, players should have to approach combat very differently depending on the hero of their choice. Nightwing’s movement should pay tribute to his acrobat roots, Jason’s time as a killer and a marksman will likely secure him as the Knight’s ranged threat, Tim Drake’s intellect could be incorporated to give his Robin a gadget-heavy move-set, and Barbara could find her niche in balance or stealth. Regardless of how the developers balance combat, distinct styles will be necessary to individualize Gotham Knights’ four protagonists. 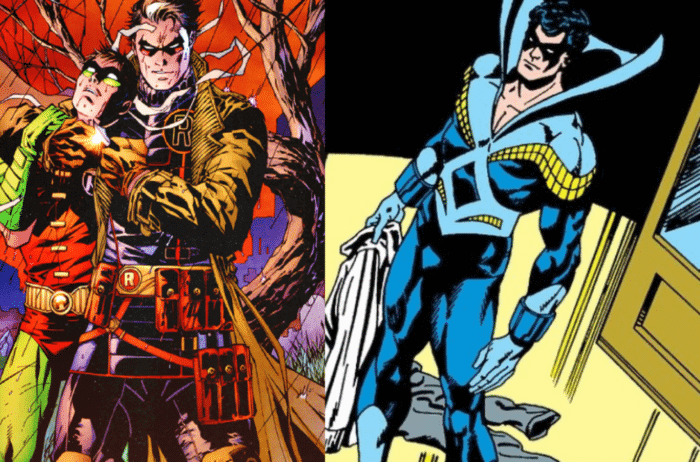 The Arkham games did many things, and one of those things was the plethora of different suits Batman can zip around Gotham in. From blockbuster movies to Adam West’s caped crusader, and even the lesser-known Batman of Zur-en-arrh, Rocksteady and WB Games ensured Bruce Wayne’s wardrobe was stocked. While the Gotham Knights may not boast as many costumes as their fallen patriarch, there’s plenty of opportunities to outfit Babs and the Bird Boys with unique costumes that call back to older publications. Whether it’s Jason’s “Hush” fit, or Dick’s flamboyant “Discowing” suit and mullet, WB Games has plenty to work with. 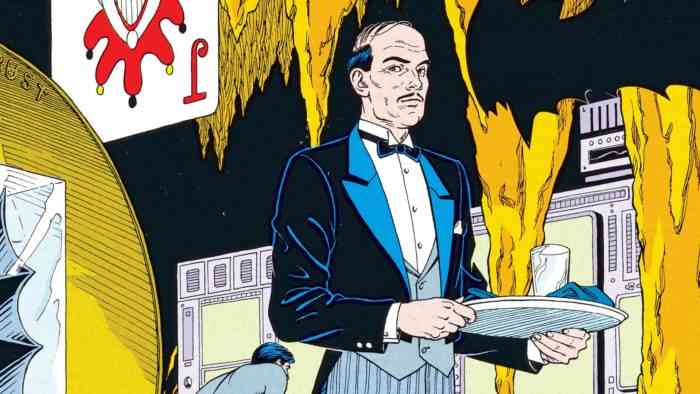 One thing Bruce Wayne always had besides his Robins was a strong auxiliary support group. Alfred handled the home front, Commissioner Gordon held GCPD at bay, Lucius Fox supplied his tools, and Leslie Thompkins stitched him and kids up on the DL. As mentioned earlier, the status of many characters is unknown as of now, but including this supporting cast can further differentiate this game from a Batman game by emphasizing the necessity of teamwork in the absence of the man himself. 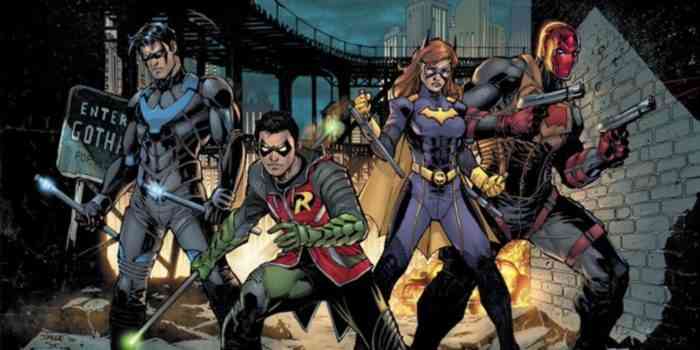 Although Gotham Knight’s primary gameplay hook focuses on co-op team-ups with friends, there will undoubtedly be many fans who want to play on their own. While we know that Gotham Knights will ensure an AI companion if need be, what remains to be seen is the quality of that companion. If combat and stealth are emphasized in WB’s upcoming title, high-quality AI will be an absolute necessity to ensure an enjoyable experience for players who don’t care to hinge their experience on unreliable matchmade partners. 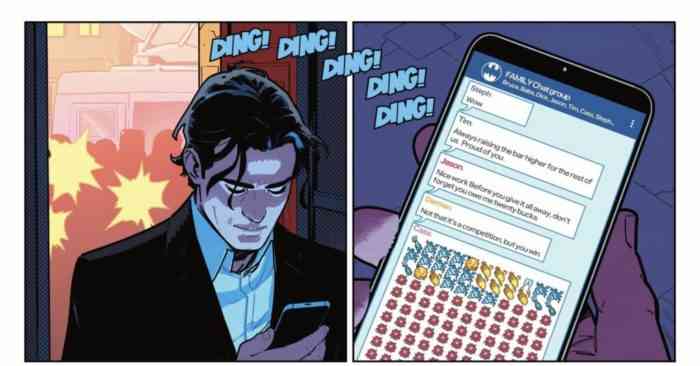 Like all families, each member of the Bat family has a unique dynamic with their siblings. Fans of the comics will be looking to see Nightwing’s charismatic big brother presence when working with Robin while expecting a more distant, rivalesque relationship with Red Hood. Of course, what will be canon background for each of these characters is still up in the air, but players can perhaps expect some type of tension between Nightwing and Batgirl.

Read on through to page 2 find out what the last 5 things are that we, as Batman fans, need to see in Gotham Knights!

Swordship Bringing the Action Today
Next This Bloodborne Wallet Costs $118.00 and It’s Kinda Awesome
Previous 6 Best-Selling Video Games That Did Not Age Well