Witchpunk is an arena combat game that is free on Steam for this month. It is about a skateboarding witch named Mollie who fights corporate demons by shredding all over the city. What makes this game even more interesting is that it was actually developed by students. 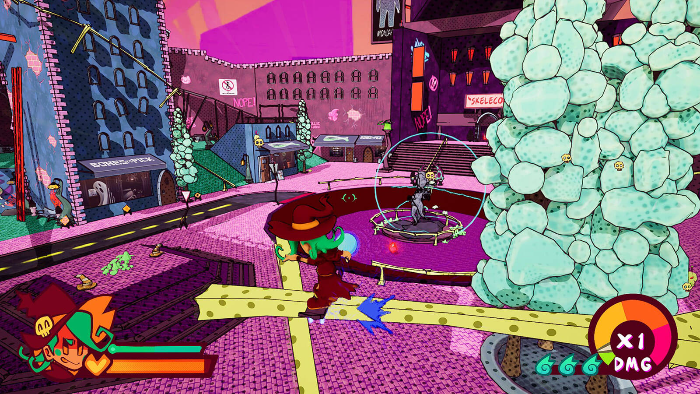 The development team of Witchpunk is made up of a group of students called 99% Funk at the DigiPen Institute of Technology. Games made by budding developers are oftentimes cool and fascinating proofs of concept that are usually free.

Mollie’s most important trick is being able to deal more damage by picking up speed. When she skates faster, she is able to bash robots with her massive magic hammer or spray paint. Whenever she goes really fast, Witchpunk players can lay out a very big smash.

“Skate faster to slam harder,” devs said. “Use your spells to leave enemies stunned and reeling!”

Just as Witchpunk players may imagine, grinding down the subway rail or blasting off a ramp will allow them to splatter any enemies in their way. Fans of skateboarding games may liken this game to a more violent version of Tony Hawk’s gaming franchise.

To its credit, Witchpunk showcases a lot of comic-inspired visuals that take advantage of atypical shading work. Players can also listen to some funky beats as they skate around the block. “Skate around the city and the subway gaining speed in order to deal devastating blows to robots of all shapes and sizes,” devs continued.

Are you a fan of games like this? Let us know in the comments below.