Halloween isn’t all scary stuff and ghosts. Other staples of the season include candy, costumes, and costume contests. The makers of Disney Dreamlight Valley are holding a costume contest for players, but not in the traditional sense.

Instead of making a costume and gathering on a stage for judges, contestants can dress up their avatars in-game. Put together your best Halloween costume in Disney Dreamlight Valley and you could win a custom Xbox Series S. All you have to do is take a screenshot of your character and post it on Facebook, Instagram, or Twitter with #DisneyDreamlightValley and #DreamlightDressUp. 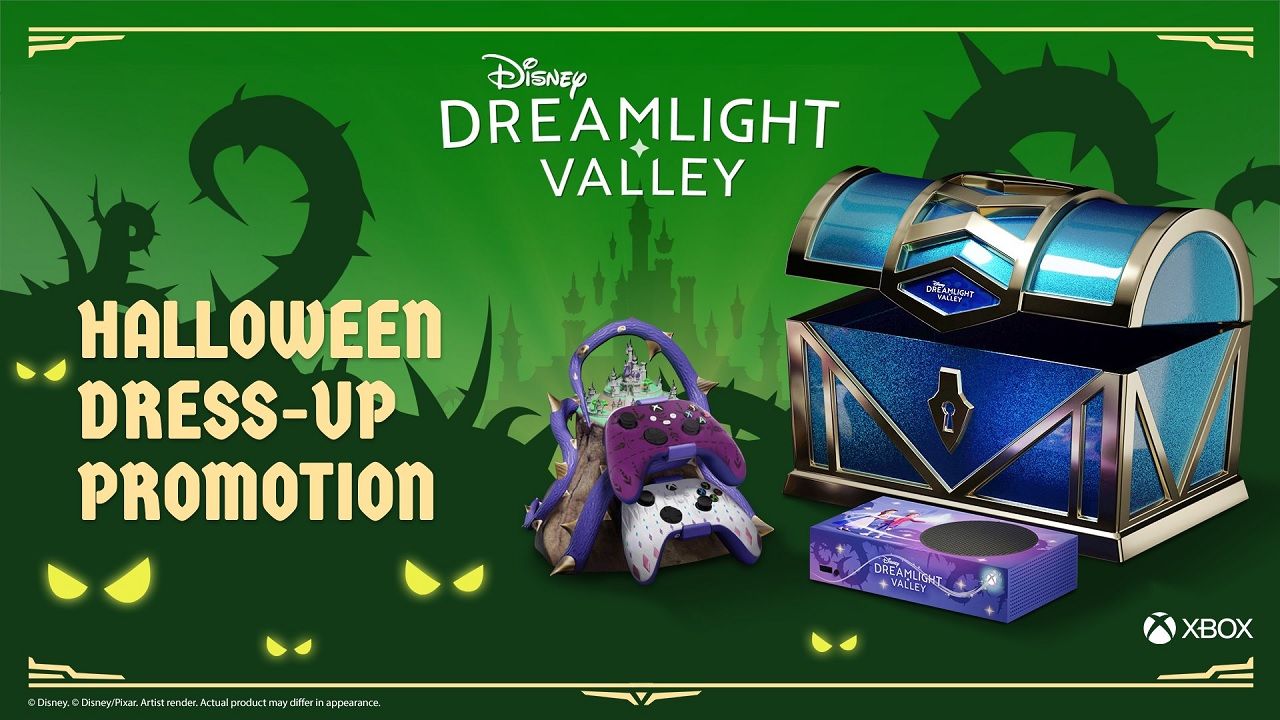 The prizes are won by raffle organized by Gleam. This means there are multiple entries contestants can have. The in-game costume will get you 100 entries, but there are other ways to earn them. You can follow Xbox and Disney Dreamlight Valley on Twitter, retweet the contest, or visit them on Facebook or Instagram.

The custom console has decals on its shell, but it also comes with a controller display. It can hold two controllers, but it is unclear if it also serves as a charging station or not. The entire thing comes packaged in a treasure chest, very reminiscent of Kingdom Hearts.

You have until next weekend to enter this raffle. Disney Dreamlight Valley is available now on early access for PC, PS4, PS5, Xbox One, Xbox Series X|S, and Nintendo Switch.

Will you be entering to win the console? Let us know in the comments below.