The Hero of Hawai’i

Attention Gods and Goddesses, another rival is coming to the battleground. This time Smite is returning to the Polynesian pantheon. Today, Hirez Studios announced the newest god gracing Smite’s expansive roster: Maui The Hero of Hawai’i. A press release provides more details about the god. Additionally, a new trailer for Maui shows of the lore, themes, and character model of this newest god. 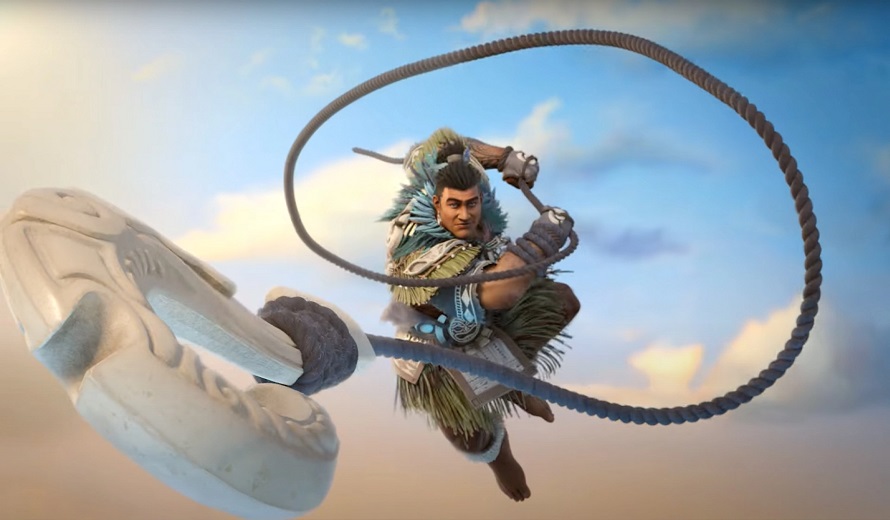 In the Polensian pantheon Maui is both a trickster and a hero deity.  Importantly, his tales and deeds are stories of grandeur. They exist in epic proportions of course worthy of a demigod. For instance he brought fire to the world, slowed down the sun for longer days, and even pulled earth from below the depths of the sea with his mighty hook. Additionally, Maui is an expert fisherman. All of these factors play into how Smite will incorporate him into the game.

Of course, he arrives to the battlfield as a Guardian with his trusty hook. To master him, players will need to become skillful with his trusty hook, pulling players to their dooms. Additionally, players will learn to pull up islands, or, if you wish, assist your allies with magical blessings. Overall, there are many ways to play this god of trickery, but they will require a fair deal of learning. Players can get a look at Maui in the new trailer for him. Check it out.

Maui will be officially revealed during the SMITE Update Show on October 12th. So, are you ready for Maui to arrive?