I’ll Buy It at a High Price!

By the droning sounds of fan excitement, it is looking like Resident Evil 4 Remake is shaping up to be one of the biggest releases of next year. The original is touted as one of the best games of its genre. Capcom’s experience with remakes makes this one even more promising.

For those fans who have been looking forward to this game since RE2 Remake, you might want to consider getting the Resident Evil 4 Remake Collector’s Edition. It’s expensive, but it has some neat stuff. 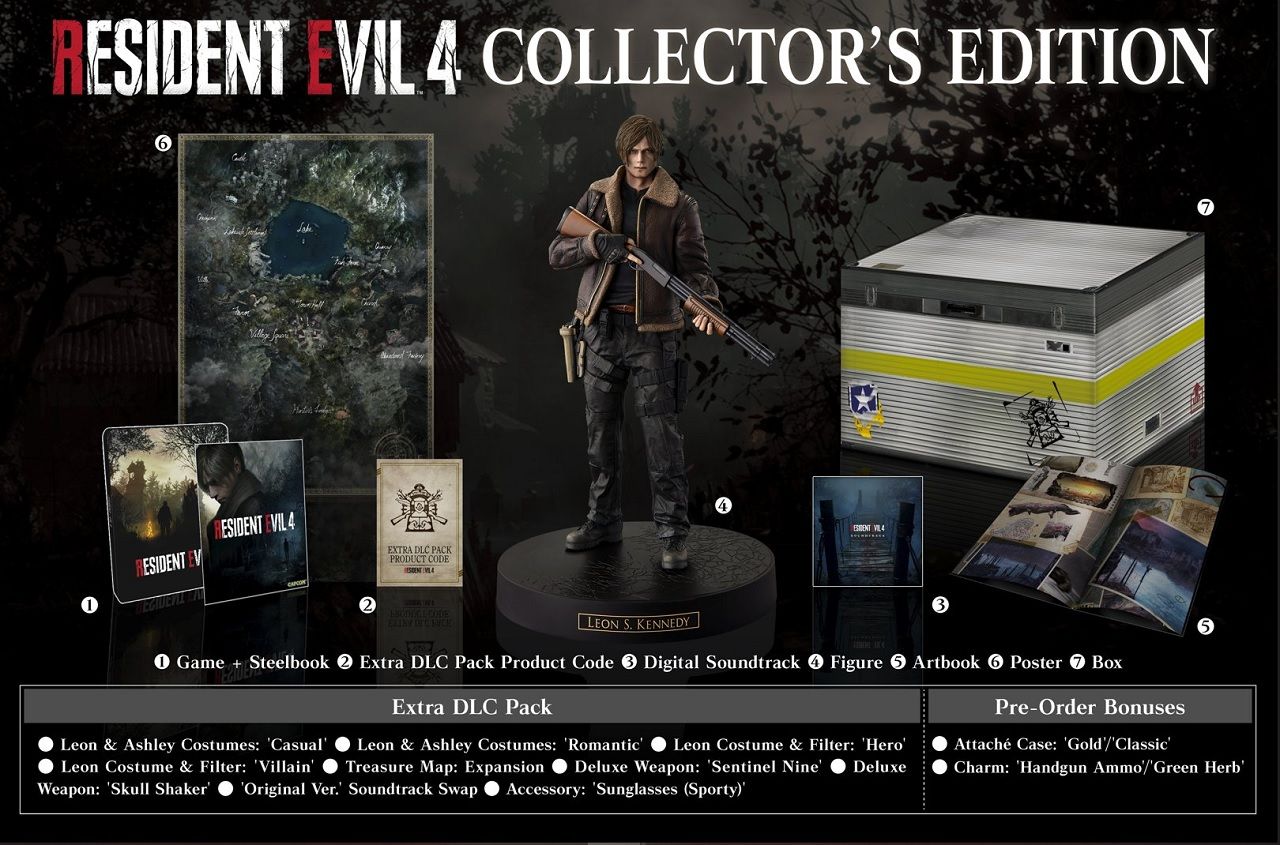 If you don’t have the cash to shell out, that’s okay. Pre-ordering any edition will get you the Gold Attaché, which will supposedly change the appearance of your item screen. You will also get a Green Herb charm and Handgun Ammo charm. These don’t appear to serve any purpose than cosmetics.

The Deluxe Edition comes with several outfits and weapons. There are Casual and Romantic outfits for both Leon and Ashley. Leon also has his own Hero and Villain appearances, as well as a Sporty Sunglasses accessory. Two bonus weapons will also come with the Deluxe Edition called Sentinel Nine and Skull Shaker. Lastly, owners will get the Treasure Map DLC and the original soundtrack swap.

Will you get the Collector’s Edition? Let us know in the comments below.