Nintendo is arguably the biggest video game company in history and its Mario franchise has many popular titles. Mario Party on the Nintendo 64 was full of fun challenges and was the perfect game to play with friends. The company has now announced that both games will be available on Nintendo Switch Online from November 2nd, 2022. Furthermore, the team has released a trailer showing off the game ahead of its release.

In the original game, which launched in 1999 on the Nintendo 64, players were able to bring their friends over for a unique party game! Additionally, up to four players would be able to use popular characters such as Mario, Luigi, Toad and Peach as they navigate through nine adventure boards and fifty-six minigames. Moreover, in the second title, which released in 2000, players were able to enjoy even more challenges. Players, in Mario Party 2, returned to with Mario and his friends to take on Bowser in new action-adventure games, fancy costumes, minigames and Adventure Boards. 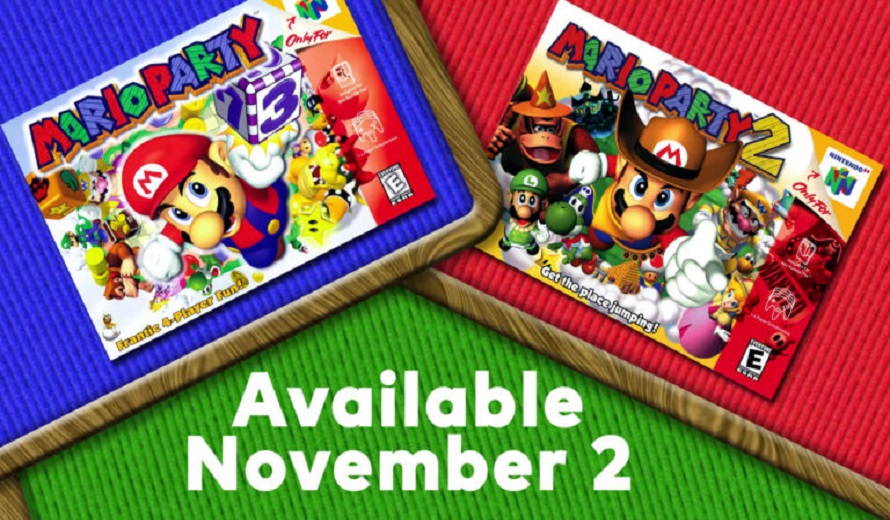 Also, viewers got a first look at the game on the Nintendo Switch through a trailer which showed off some of the minigames along with its graphics and soundtrack. With a recent release in 2021, the series continues to strive as it is the perfect game to bring friends together and have a blast!

What are your thoughts on Nintendo games? Are you interested in the release of Mario Party and Mario Party 2 on Nintendo Switch Online? Have you enjoyed retro games coming to the platform recently? Did you enjoy playing the games on the Nintendo 64? What aspect of the game are you looking forward to most? Did you try the latest Mario Party game? Let us know in the comments below or on Twitter and Facebook.