Whips and Chains, Come Fight Me

While Fortnite’s crossovers consume everything and anything, Brawlhalla has a bunch of crossovers as well. They are fewer, but in a way, that kind of makes them special. There are characters from The Walking Dead, WWE, and other franchises, but you never know what it’s going to be next.

In a surprise, Blue Mammoth Games has revealed that there will be two Castlevania characters joining Brawlhalla in October. Simon Belmont and Alucard will be playable skins just in time for Halloween. 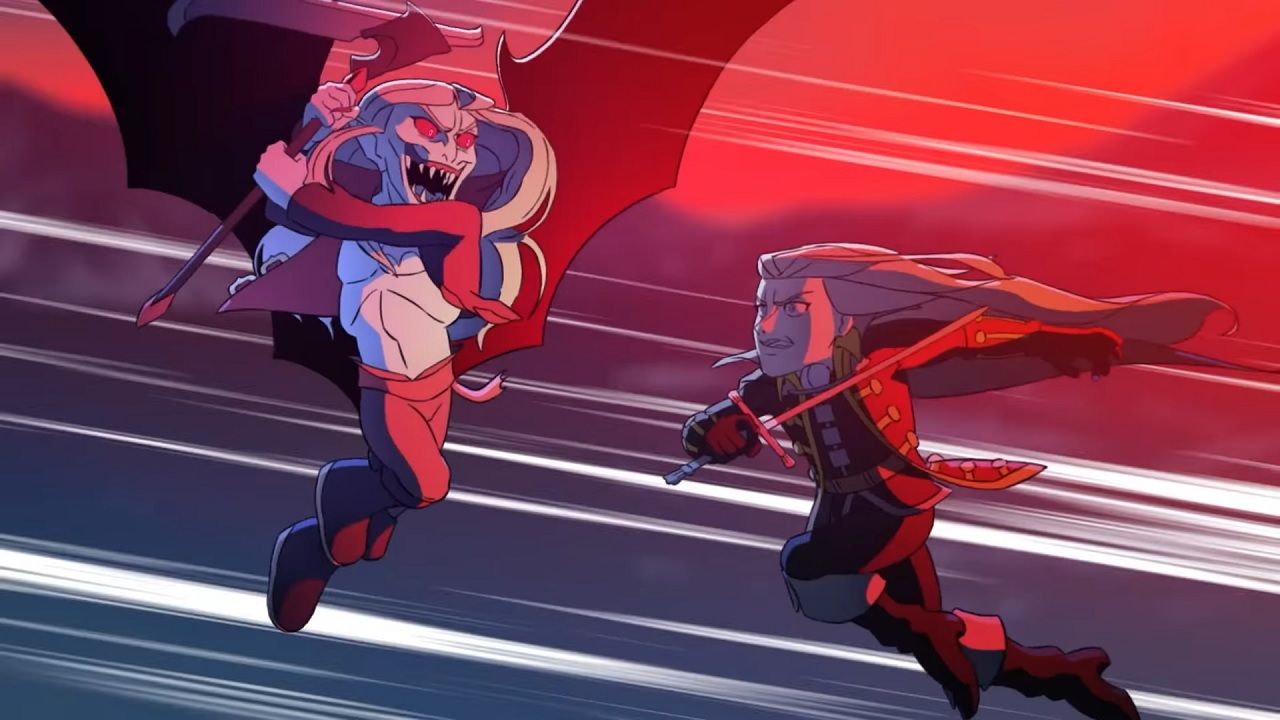 You regular players of the game know, crossover characters are skins for regular playable characters. They adopt the movesets of existing characters and reskin the model and weapons. Simon is a skin for Jhala and Alucard is a skin of Ezio.

Brawlhalla-vania featuring Simon Belmont and Alucard is coming October 19! No longer is this Crossover a miserable little pile of secrets… #UbiForward

The reveal trailer is a pretty cool animation. We see Simon in a battle against a floating scythe. We see that we are actually watching a reflected battle between Simon and Dracula. Alucard joins the battle and takes on his father on the roof of the castle.

Simon can make use of his famous whip and axe in combat. Alucard is a faster character who uses a sword and a range of magic abilities. Brawlhalla is available on PC, PS4, Xbox One, Nintendo Switch, and mobile devices. The Brawhalla-vania crossover begins on October 19th.

Will you be getting these Castlevania skins? Let us know in the comments below.