At Nintendo Direct 2022, the company made a ton of announcements including Pikmin 4 and a new Zelda game! The company also announced that adventure game It Takes Two, initially developed by Hazelight and optimized by Turn Me Up Games, will be launching on the Nintendo Switch. The game is set to release on November 4th, 2022. Interested fans can pre-order the game here at a price of $39.99USD. Furthermore, the game is available on PlayStation 4, Xbox One, PlayStation 5, Xbox Series X/S and PC.

On the Nintendo Switch, players can use Friend’s Pass to invite someone along for the genre-bending co-op experience. The Friend’s Pass requires an applicable account and a friend on the same platform. In the game, players will embark on a unique journey as Cody and May, two humans turned into dolls by a magic spell. Furthermore, the couple will be challenged by Dr. Hakim, a love guru. Additionally, besides the love guru, players will meet rampaging vacuum cleaners and other crazy challenges. Players will be able to experience the game via couch or online co-op with split screen play and more. 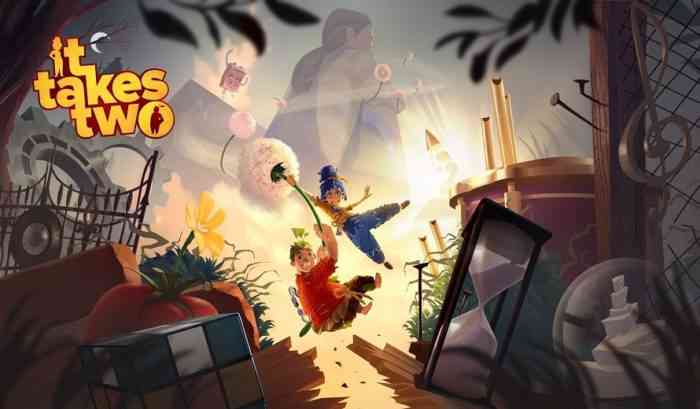 Moreover, players will be able to learn about a touching story with various challenges as the protagonists must overcome their faults and issues while taking down the love guru. The game also introduces new skills and abilities along the way to get past trials.

What do you think about It Takes Two? Have you tried it on other platforms? Are you interested in its port to the Nintendo Switch? What other games would you like to see ported across to the Switch? What did you think about Nintendo Direct? Which announcements did you enjoy? Let us know in the comments below or on Twitter and Facebook.

Warhammer 40k Darktide’s Beta Progress Will Carry Over To Release
Next
City of Murals is Cute, Gross, and has a new Trailer
Previous
Factorio Will Officially Hit The Nintendo Switch In Late October