It Takes Two Review – Life’s Two Short To Skip This

Think back to a few years ago. Long, solitary adventures once stood stoically across from competitive multiplayer games, with a no man’s land of mostly empty space between them. That void was co-op gaming. The resurgence of couch co-op games since then has been intense, though most efforts have felt tacked on. Games that truly succeed are those that embrace cooperation as a core design component, and that’s exactly what Josef Fares and Hazelight Studios have cut their teeth on. It Takes Two is their most refined effort yet, sporting Pixar caliber polish and a shockingly dynamic set of gameplay mechanics.

It Takes Two is a game about connection. May and Cody live with their daughter Rose out in the country, and the minutiae of daily life has decimated the love they once felt for each other. Rose feels responsible – as children often do – and wants to repair the damage, hoping a book by the legendary Dr. Hakim can salvage the situation. With a little fairytale magic, Cody and May are transformed into dolls, and set out on an adventure to return to their human bodies.

As it turns out, Dr. Hakim IS the book, and he’s determined to help May and Cody reconnect. There are some truly funny interactions between the three throughout It Takes Two’s ~10 hour length, and the breadth of supporting characters is outstanding. They’re best experienced through the context of the game, but a special shoutout to the Squirrel militia, the Queen of the Magic Castle, and the evil vacuum cleaner. 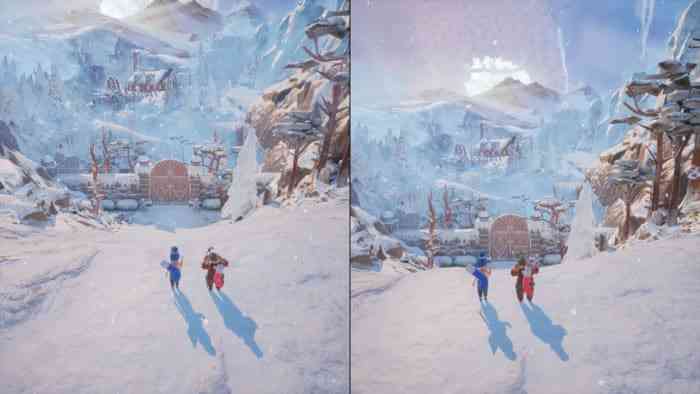 The adventure has an incredibly diverse, dynamic set of mechanics. At the core, the characters handle well with predictable jumping mechanics, though collision detection is looser than I wanted it to be. Each chapter changes things up, and does a brilliant job of onboarding players to the ever evolving toolset. Some are more fun to play with than others, though, with a few sections overstaying their welcome. Thankfully, a complete switcheroo is usually just around the corner, replacing a hammer and nails with a top-down, Gauntlet-style dungeon crawler, or magnets, or singing and a throwable cymbal.

The key factor is that – much like Fares’ prior work – cooperation isn’t optional. The power sets and level designs are specifically structured to require communication with your partner. I played through the entire game with my wife, and while plenty of the game can be completed via intuition of what you ought to be doing to enable your partner to complete a puzzle or task, there was a lot of dialogue back and forth to time our actions. 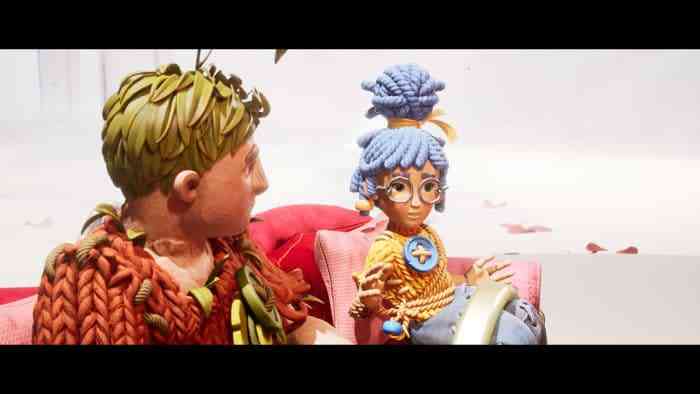 Not a Complete Love Fest

It’s an added layer of complexity I appreciate but I won’t lie, our patience was tested in places. It Takes Two’s camera is an issue, and can’t be left to its own devices. Players need to be comfortable moving and controlling the camera nearly constantly to follow the action, and that led to frustration in spots. The game seems to know this and is pretty forgiving, but beating a boss or completing some tricky platforming was often a “phew, I’m glad that’s over” instead of the “haha! We did it!” the game was looking for.

That sentiment applies to It Takes Two’s story generally, where very few of the moments feel earned. The game’s tone is all over the place, with Cody and May bickering one moment, only to congratulate each other the next, before shifting back to conflict. It lands as though there’s content missing from the story, or that there’s something wrong with which in-game voiceover is getting chosen in various moments. In real life, people don’t shift from “I think I might still love you” to cheap insults that scream call the therapist NOW sentence to sentence. That bizarre flip flopping felt really unnatural, and the story sections had my wife and I making weird faces at each other regularly. There’s no ongoing sense of progress in their relationship outside of Dr. Hakim saying so, and that telling surprised me given that Josef Fares’ Brothers: A Tale of Two Sons exemplifies the concept of showing, not telling, better than just about anything else in gaming. In fact, the characters’ dialogue often directly counters the visual storytelling. A more natural growth in connection between the two might have made the many payoff moments, well, pay off. 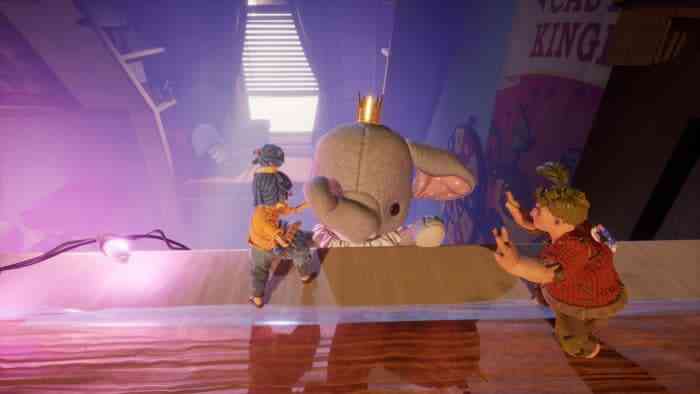 It’s a shame, because boy howdy is It Takes Two gorgeously constructed. May and Cody are beautifully designed, with really great material work. May’s yarn hair and Cody’s clay face wouldn’t look out of place in a big budget Hollywood production, and they emote supremely well. The same is true of Dr. Hakim, side characters, and the world at large.

There’s a handcrafted flavor to every environment Cody and May find themselves in. Attention to detail is extremely high across the board, and it truly feels like designers, animators, and artists were given full creative freedom. The world is cute and cuddly in all the right ways, but also grand and grown up when it needs to be. There’s a real knack to pacing games like this, and although the story didn’t land as well as Hazelight and Fares’ previous work, the visual beats are a big step above what Brothers and A Way Out delivered. 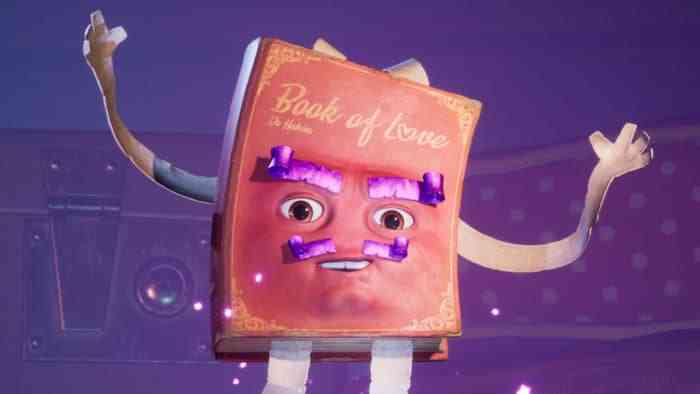 In a move that’s wonderfully customer oriented, It Takes Two includes a friend pass. So if I own the game, I can play online with anyone that owns the same console I do, even if they don’t have the game. Big kudos to Hazelight for making that choice.

It Takes Two is a dazzling adventure filled with more mechanics than you can shake a stick at. Working together throughout the mesmerizing set of levels is compelling and full of hearty chuckles, but sadly the story falls short of that bar with inconsistent tone and a lack of perceptible character growth along the way. It’s still well worth your time and energy, just don’t expect to be as emotionally invested in the journey as you might have been with Hazelight’s past work. 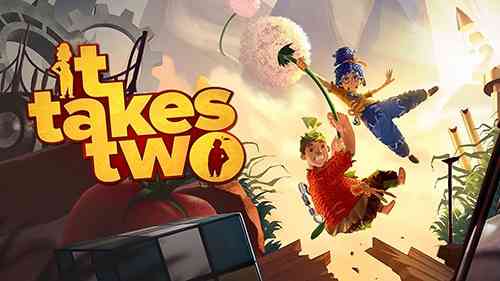