Simulation Game Ooblets Will Launch On Nintendo Switch This Fall

Simulation Game Ooblets Will Launch On Nintendo Switch This Fall

Ooblets is an independent game that has been in early access for quite some time. The game has been available on PC via the Epic Games Store as well as Xbox platforms and fans have been patiently awaiting the release on the Nintendo Switch. Today, the developers have announced that Ooblets 1.0 will release on the Nintendo Switch, Xbox Series X/S and PC on September 1st, 2022. Interested fans can check out the game and more here.

In a recent trailer, the developers confirmed the game’s release date on the Nintendo Switch and showed off various aspects of the gameplay. In the fifty second trailer, viewers are given glimpses at the gameplay, graphics and various activities in the game. Furthermore, in Ooblets, players will craft, farm and make friends as they help the mayor save Badgetown. 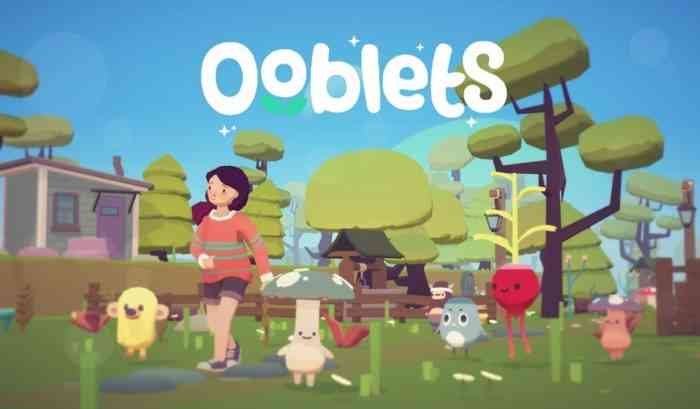 The possibilities are endless in this life simulation game. Players can choose to live a simple life and work the lands, while collecting magical creatures or join a club where they can interact with others and grow relationships. Moreover, there are other options available including exploring weird regions, building a team of Ooblets and engaging in card-based dance battles and customizing characters with unique outfits and accessories.

Fans seeking to purchase the game on the Nintendo Switch can check it out here for $19.99USD. The developers have used the game’s early access period to its benefit and are finally ready to release version 1.0 on all its platforms.

What are your thoughts on Ooblets? Have you tried it since its release on Xbox and PC platforms? Are you interested in its release on Nintendo Switch? What aspect of the game do you enjoy the most? Let us know in the comments below or on Twitter and Facebook.