Another Massive Collab Is Coming to Fortnite

Fortnite has proven itself to be the king of crossovers. A new leak has revealed that the franchise is going to have a collaboration with Destiny 2 soon. In fact, fans are already expecting an official announcement from the devs during a showcase on August 23rd.

“Fortnite and Destiny 2 confirmed,” the leaker shared on social media, alongside three uncovered skins. These skins include one for each of the latter’s three primary classes, namely Hunter, Warlock, and Titan. As seen in the leak, these skins are going to be the Omega, Catalyst, and Back Knight. Unfortunately, dataminers did not divulge any information about how players will be able to gain access to them. 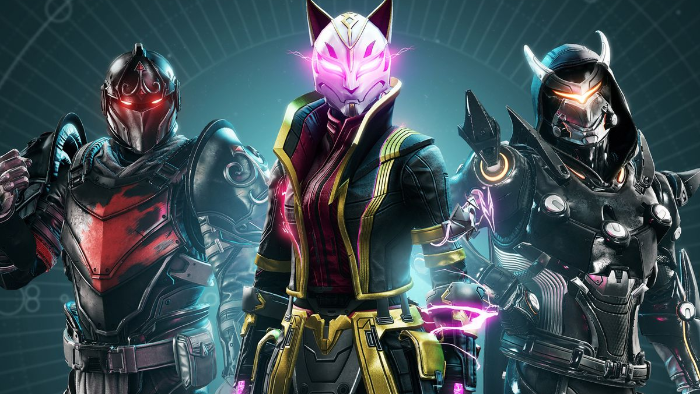 Furthermore, it remains unknown if any Fortnite skins are going to make their way to Destiny 2. Howeveer, multiple sources have claimed that Destiny’s Commandere Zavala, Exo Stranger, and Ikora are all coming to Fortnite as skins alongside Destiny-themed pickaxes and gliders.

This may be the first time that dataminers shared anything pertaining to the Fortnite and Destiny 2 crossover. However, speculations have actually been making their rounds for quite some time now. Also, the leaked skins seem to be thematically appropriate for Destiny’s established art style.

At the moment, Fortnite is riding high on their massive collaboration with the Dragon Ball Super franchise. Devs also recently teased an upcoming crossover with Lord of the Rings. However, it has come to light that the Fortnite and Destiny 2 project will be out before the highly popular fantasy series.

Destiny 2 devs are currently preparing for their massive Season 18 showcase. Recent leaks have revealed  the season’s name, raid, and activities ahead of the event. With that said, fans are hopeful that there will still be some surprises left for the showcase.