Crypt of the Necrodancer Sequel Is Coming Soon

Crypt of the Necrodancer just got a major update last month. Fans welcomed the update considering that the game has not gotten any in five years. Today, developer Brace Yourself Games rolled out its Synchrony DLC to further appease their fans. Towards the end of the trailer, however, fans came across a surprise announcement.

“I hope you did not think the new DLC was all we had up our sleeves,” devs wrote on social media. 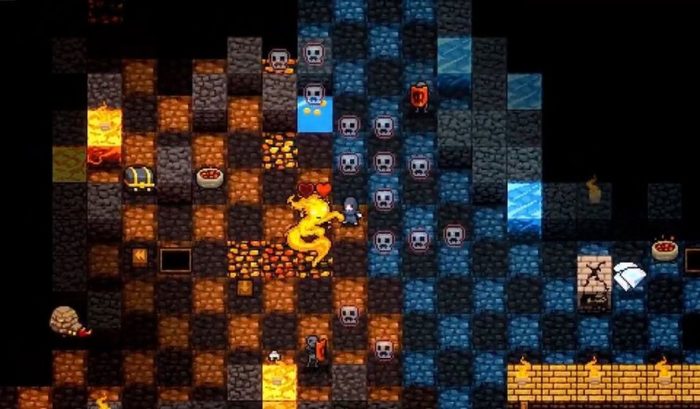 Unfortunately, devs did not provide any further information about the Crypt of the Necrodancer sequel, apart from its official logo. Still, the mere confirmation that it is happening is very good news for the franchise’s following.

For the mean time, fans have the Synchrony DLC to enjoy. It brings three new characters to the game. It also offers co-op and competitive multiplayer gameplay for up to eight players. The DLC comes complete with rollback architecture. This will hugely help in eliminating issues associated with lag and packet loss.

Synchrony is basically a major overhaul by any measure. It has full mod support and a built-in mod portal. Players will also come across new traps, enemies, shrines, items and an all-new PvP mode. All of these are in addition to some balance tweaks and fixes.

Now seems to be the best time to pick up Crypt of the Necrodancer for those who have not tried it yet. It is on sale on Steam with 80% off its regular price.