Stray’s Cat Came Back, the Very Next Day…

The concept of Stray alone has been enough to get people hooked: you’re a normal cat trying to wander their way through a robot-filled, scifi cityscape. That surge of interest has left a gap, though, about those finer details. Why is the cat wandering? Where is it going? What can the cat do? What even is this world? Today, Playstation has released a game introduction that will provide answers to all those questions. Though far from a full story (this is spoiler-free, after all!), it should offer a ton of insight as to if Stray is the right game for you. 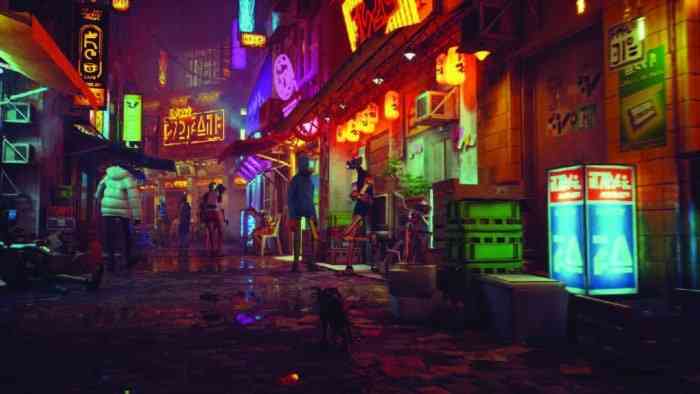 Why is the cat wandering? Where is it going?

The cat’s desire’s are as simple as any other cat’s: to find their way home. They’re lost in the big city, and with the help of a robotic companion named B-12, they’ll make their way through.

What can the cat do?

The exact, very first ability revealed for the cat allows you to push things off ledges. You use this power to “open up paths” and “find hidden areas”. One example video shows the cat dropping a bucket into an industrial fan, causing it to jam.

But of course, it doesn’t stop there. “Meowing” is a power of its own, and the cat’s body language will give you clues about how to approach the environment. Sleeping and clawing up the environment will make use of the PlayStation controller’s DualSense adaptive vibration abilities to make you feel like you’re holding a sleeping kitty, or actively destroying a carpet.

What even is this world?

This cityscape shows no signs of human life – but droids, on the other hand, are absolutely everywhere. One in particular, B-12, will act as a guild for the cat. It’ll help you translate signs, give directions, store items, and so on… but apparently, it also has its own mysterious motivations.