In October 2021, Devolver Digital along with Daniel Mullins Games released Inscryption on PC via Steam. Today, the companies, along with Sony Interactive Entertainment, have announced that the game will be heading to the PlayStation 4 and PlayStation 5 sometime in the future. The companies are yet to confirm a specific release date. Interested fans can check out the game on Steam here, for the price of $19.99USD.

Inscryption is described as a card-based roguelike game with elements of puzzle and psychological horror thrown into the mix. In the PlayStation versions, Daniel Mullins, Head of Daniel Mullins Games, set out some cool exclusive features that fans can look forward to. The Stoat Card will play audio through the Dualsense controllers and the atmospheric lighting will spill out through the controllers. Furthermore, the developers will utilize the Haptic Feedback features to improve user experience. 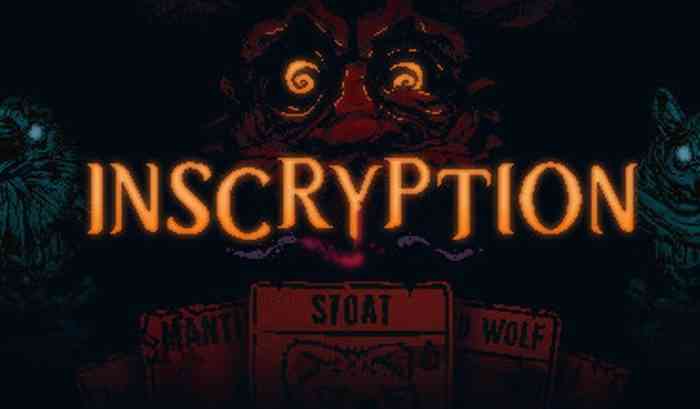 In the minute long announcement trailer, the developers showed off the gameplay, atmosphere and more of the title. In the game, players are trapped by Leshy, who appears only as a pair of glowing eyes. Players must fight for their freedom against Leshy using a unique set of cards. Additionally, Leshy throws various forks in the road and challenges by changing the rulebook. Furthermore, players must make tough decisions, solve puzzles and uncover deep secrets.

Since its release on PC, the game soared to roaring success with over one million copies sold. The PlayStation release may garner even more success.

What are your thoughts on Inscryption? Are you interested in card games? Have you tried the game on PC since its release? Are you going to check the game out on PlayStation platforms? What do you think about the exclusive features? Let us know in the comments below or on Twitter and Facebook.

Hellcard, Sequel to Book of Demons, Heads to Steam in February
Next
Vampire: The Masquerade Blood Hunt’s Trailer Shows Off Summer Update
Previous
Top slot games of the first half of 2022 according to Top Online Casino Australia website