Prepare for ten-weeks of magic. Today game developer and publisher Riot Games announced the global Star Guardian event for League of Legends games including Wild Rift and Legends of Runeterra. A press release provides all of the details about the ten-week long event. The Star Guardian Event begins globally on July 14th, 2022. 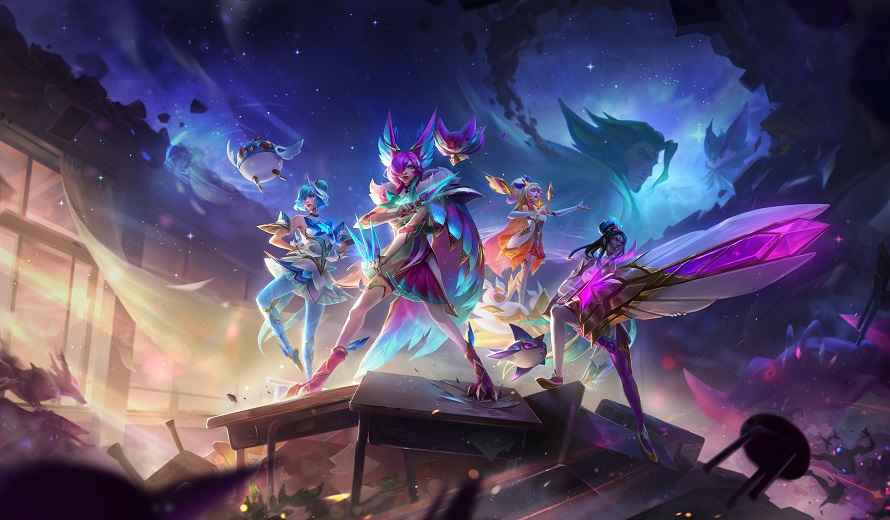 The event  is Riot Games’ tribute to the magical girl which is an anime genre that empowers young women. Importantly Star Guardian is a vibrant alternative universe featuring a young cast of champions. These young champions navigate school relationships by day and the responsibilities of magical warriors by night. The event kicks off with the release of new song “Everything Goes On” by acclaimed singer/songwriter Porter Robinson. Afterwards players can look forward to twelve new skins in Riot’s hit MOBA League of Legends.

“Star Guardian is a world our players love and have been wanting to see more of for so many years,” said Executive Producer on “League of Legends” Jeremy Lee. “We’re so excited to be bringing it back in this big way, across multiple titles and parts of Riot.”

The event is taking place across games and each League of Legends universe, including Wild Rift and Legends of Runeterra, will receive content. For instance, new skins, card arts, borders and more.

The Star Guardian even begins on July 14th. More information about the event is available at Star Guardian’s website.