In the last few years, Annapurna Interactive has come up as a really interesting publisher with a bunch of stylish and quirky games. Obviously, Stray really put them in the spotlight this past month. A new title that they have just announced is a mech game called Bounty Star.

Recently, Annapurna Interactive held a showcase of upcoming games for fans to look forward to. They include a survival horror dinosaur game called The Lost Wild and the creature collection game called Flock. Today, we are looking at Bounty Star. 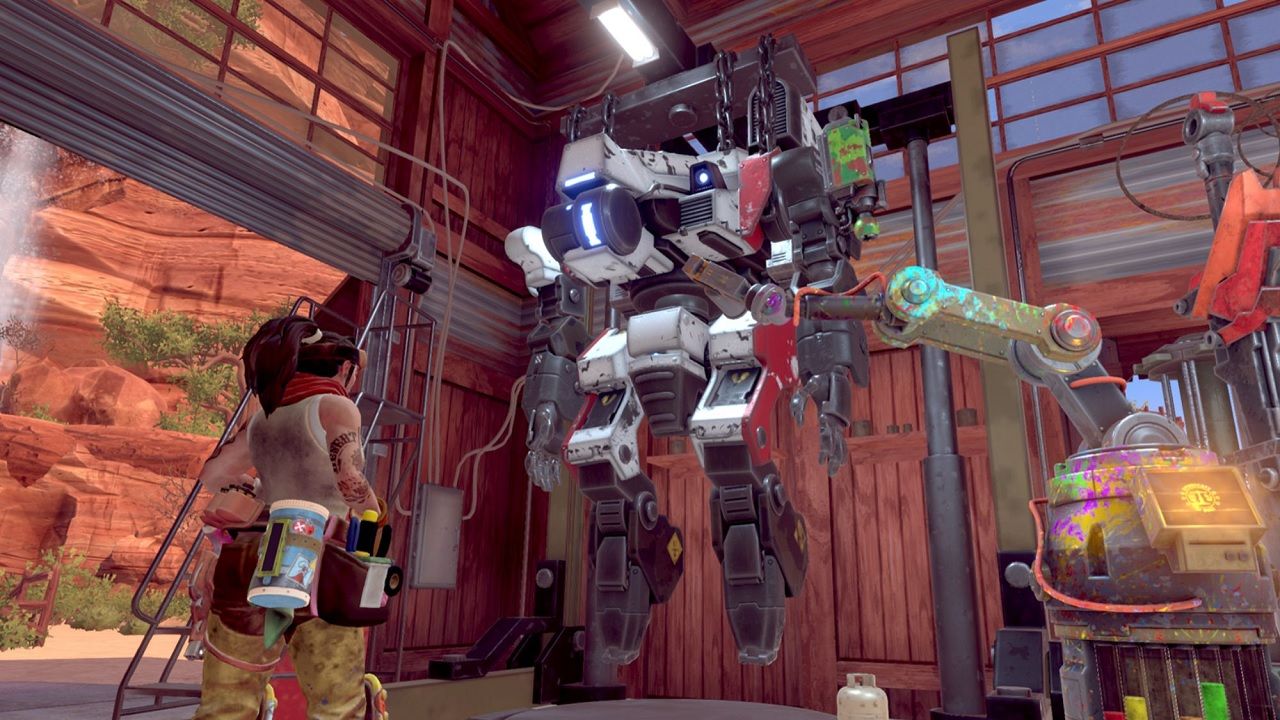 This game is the mix of a western and a mech fighter. The game stars Clementine McKinney, a former soldier. It is set in a post-post apocalypse. Clementine was thought to be done with the life of fighting, but without any other purpose or direction, she gets back into the fight to improve the world.

BOUNTY STAR by DINOGOD is coming to Xbox, PlayStation, and Steam in 2023.

Play as Clem, an ex-soldier without purpose or peace, as she gets back into a mech, fights bands of mercenaries, and learns to care about the post-post Apocalyptic desert home she intended to rot in.

The trailer shows us a bit of combat with a mix of ranged and melee attacks. We do now see a whole lot of Clementine outside of her mech, so it is unclear if the game will allow for some gameplay outside of smashing robots.

Bounty Star does not have an exact release date, but is expected to come out in 2023 for PC, PS4, PS5, Xbox One, and Xbox Series X|S. It will also be coming to Game Pass on day one.

Will you be trying out Bounty Star? Let us know in the comments below.

Stray Gameplay – First 25 Minutes
Next
PUBG: Battlegrounds Is Having an Assassin’s Creed Crossover
Previous
Time Is Up on Tomb Raider Movie Sequel, Rights Revert to Producer