Supergroupies is a popular fashion brand that offers officially licensed items for anima, manga and video game franchises. In the past, the company has worked with a wide variety of titles such as Tales of Arise, Magic The Gathering and Cyberpunk. The company has now unveiled its latest collaboration. Soon enough, fans can get their hands of officially licensed merchandise including a wallet, backpack and watch from Touhou Project! 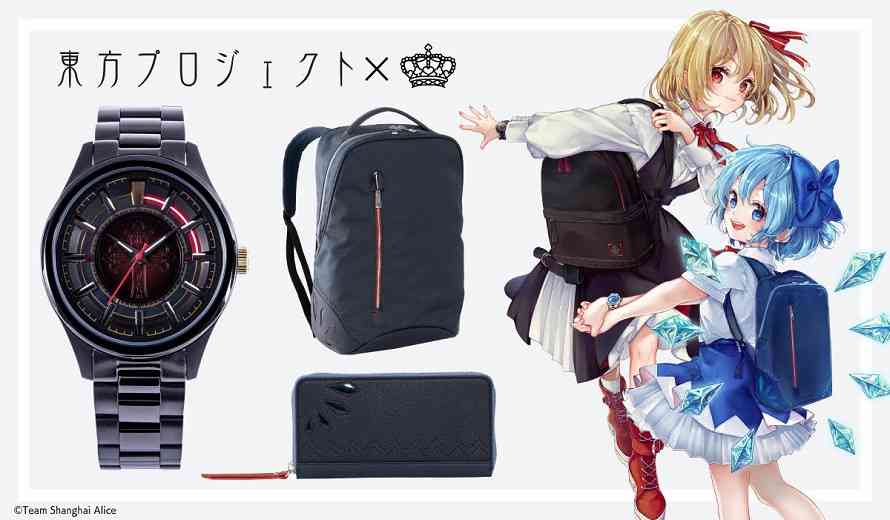 Team Shanghai Alice developed Touhou Project, a popular shoot ’em up series since 1995. By 2021, fans were able to get their hands of spin-offs and eighteen mainline games. The game is set in Gensokyo, a unique world filled with legendary creatures from Japanese folklore.

Supergroupies has introduces a six item lineup from the world based on Rumia, Yukai of the Dusk and Cirno, Ice Fairy of the Lake. The Rumia Model Watch features an etched motif of a cross, a black seashell on the main dial and two red Swarovski crystals at 3 and 9 o’ clock. Furthermore, the Cirno Model Backpack consists of blue and red tones along with cutwork based on the character’s dress and clothing. Fans will notice various aspects of each character in the items!

Interested fans can pre-order the items from today until 19th June. The watches are set to release in mid-December while the wallets and backpacks will release in November 2022. The watch will be available for $170USD before tax while fans will pack $160USD and $130USD before tax for the backpack and wallet respectively.

What are your thoughts on Supergroupies? Have you ever purchased their items before? Are you interested in purchasing Touhou Project merchandise? What item do you like the most from the lineup? Let us know in the comments below or on Twitter and Facebook.