Attention Cuphead fans, important news for your collection. Today PowerA, a leader in video game accessories, announced a collaboration with Cuphead in honor of the game’s upcoming DLC:  The Delicious Last Course. A press release provides details on the collaboration, specifically on the controller PowerA unveiled. 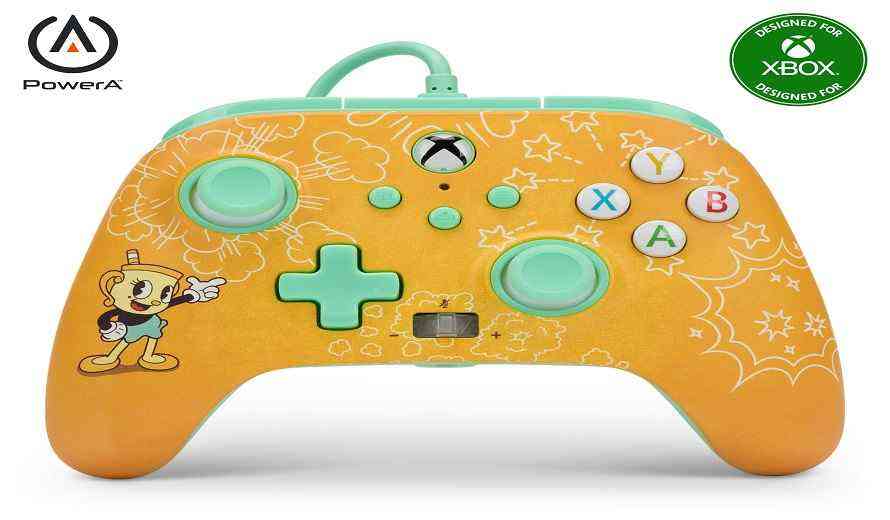 The controller is in honor of the upcoming Cuphead DLC, The Delicious Last Course. Releasing on June 30th, the DLC introduces players to a brand new Inkwell Isle. Of course, Ms. Chalice is a new playable character featuring a whole updated move set. Currently the game is available for wish list on Steam. Fans can check out the release date trailer for the DLC from a few months ago.

PowerA’s new Ms. Chalice controllers are currently available for purchase. The wired Xbox controller is currently priced at $39.99, and the wireless Switch controller is $54.99. For more information fans can head over to PowerA’s website.