Xbox Game Pass has just announced the list of games coming in the second half of May 2022 and it noticeably lacks both FIFA 22 as well as Battlefield 2042. 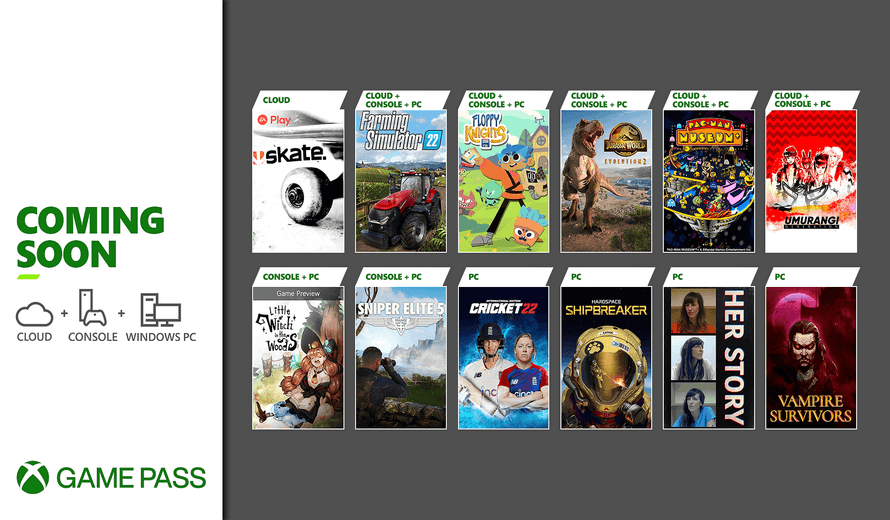 Xbox consoles are as usual receiving a good chunk of games in the next two weeks including Farming Simulator 22, Floppy Knights, Sniper Elite 5, Pac-Man Museum+, Jurassic World Evolution 2, and Umurangi on day one of its release.

PC is surprisingly receiving the most number of games in these upcoming two weeks including all of the aforementioned Xbox console games as well as Cricket 22, Hardspace: Shipbreaker, Her Story, Vampire Survivors

Cloud is also receiving its fair share of games including EA Play’s Skate, Farming Simulator 22, Floppy Knights, Jurassic World Evolution 2, Pac-Man Museum+, and Umurangi on day one of its release.

The month of May has been overall underwhelming in terms of AAA games. The first half of the month included 7 new games, the biggest of which was NHL 22. This left subscribers hoping and speculating that the second half of the month would bring in the long-awaited and rumored FIFA 22 as well as Battlefield 2042, but it seems that subscribers will have to wait a bit longer for those two games.

Xbox may be holding back in order to hit a home run with its new upcoming Xbox and Bethesda Games Showcase that is airing on June 12, so make sure to tune into that live stream as it should include all the big Xbox news and plans for the future.