Xbox has just announced its line-up for Game Pass in May of 2022, introducing 7 new games that will be dropping within the first two weeks of the month. 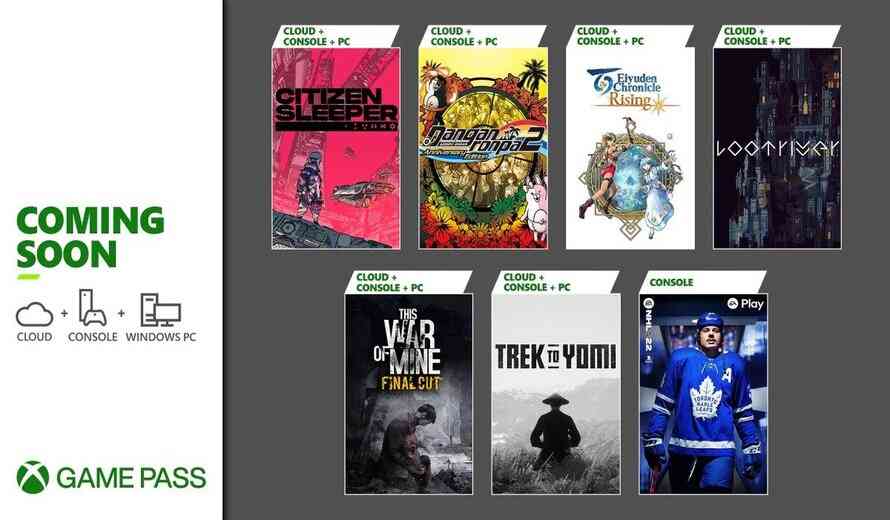 First things first console and PC players can expect a total of 7 new games for this month. These games include Citizen Sleeper, Danganronpa 2: Goodbye Despair Anniversary Edition, Eiyuden Chronicle: Rising, This War of Mine: Final Cut, Loot River, and Trek to Yomi.

Cloud gaming is fortunately also getting all of the aforementioned games on day 1, while console players alone are finally getting their hands on NHL 22. It is worth noting that NHL 22 is part of EA Play, and therefore it will only be available to Xbox Game Pass Ultimate subscribers.

Available on May 5: Trek to Yomi, and Citizen Sleeper (Cloud, Console, and PC).

Available on May 10: Danganronpa 2, Eiyuden Chronicle: Rising, and This War of Mine: Final Cut (Cloud, Console, and PC).

If Game Pass subscribers find this month’s games to be a bit lackluster, don’t fret. Reports have been suggesting that both FIFA 22, as well as Battlefield 2042, are coming to the service soon, maybe in the second half of May. Both games are currently being labelled as EA Play and Game Pass games on the Xbox Store, but are not actually yet downloadable for subscribers.