Wolfstride Bringing Mech Combat to the Nintendo Switch May 10th

Haven’t you ever wanted to pilot a giant battle robot? Well now you can. Today developer Ota Imon is happy to announce that their humorous mech-battle RPG, Wolfstride, is coming to the Nintendo Switch on May 10th. A press release provides more details about the mechanized gameplay awaiting players. Additionally, a Switch Teaser trailer conveys the sort of feel that comes with the game in a short thirty seconds. Dark, mysterious, and fun. 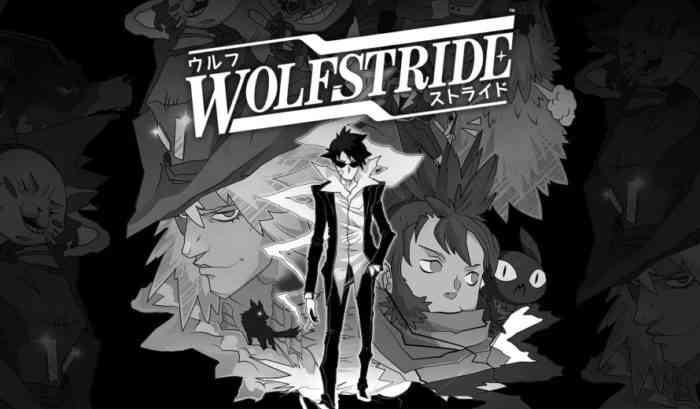 Wolfstride introduces players to the story of three former criminals. Trying to clean up their act the three friends decide it’s time to turn things around for themselves after finding an old Mecha named Cowboy. The three friends, Duque, Knife Leopard and Dominic Shade, decide to use their various skills to fix up Cowboy and enter the  Ultimate Golden God Tournament to make some honest money. The only problem, is their past coming back to haunt them.

The game is an RPG where each character takes on a different role. Duque can repair, upgrade, and install new parts to Cowboy with money that Dominic makes in the city. However, when it’s time to battle in intense turn-based fights, Knife Leopard takes over Cowboy and heads to the arena. Repair, pay the bills, upgrade, battle. Explore Rain City, meet new characters, battle it out in intense turn-based combat all with a humorous spin.

Wolfstride is releasing on the Nintendo Switch on May 10th. Currently players can wish list the game on the Nintendo E-Shop. So, are you ready to take on the Ultimate Golden God Tournament? Or will your past catch up to you in Wolfstride?