It’s time for a bovine based adventure. Today Sixth Hammer Studios marks the release of their platforming Metroidvania, Moolanders, on PlayStation, Xbox, and PC.  A press release provides more info on the game. Additionally, a launch trailer gives players a glimpse of the game. Prepare to undertake an adventure of dairy proportions on an alien world. 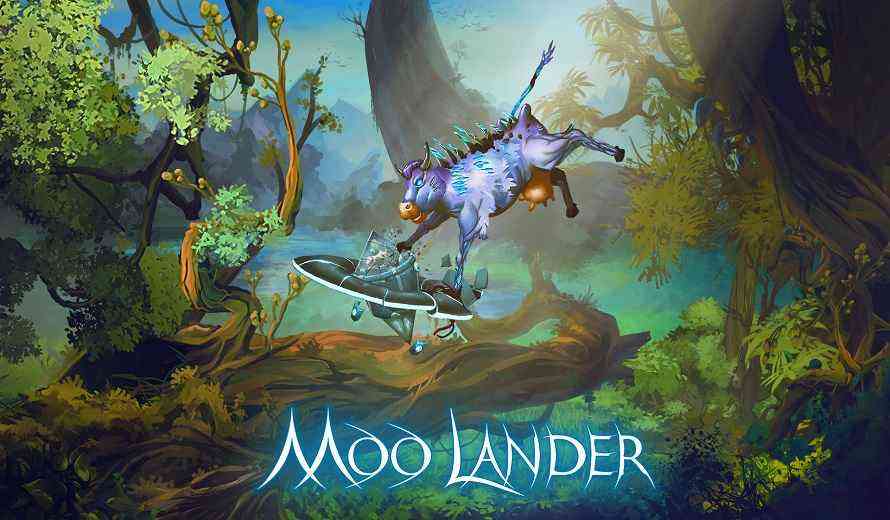 Moolander brings players to an alternate universe. A universe where milk has become the ultimate source of energy. Of course, as is common with resources, overuse has left the milk deposits dangerously low. Because of this, the player’s whole civilization is dying. Yet, there is hope. Legends of an ancient infinite milk producing machine strike hope. However, the machine is not without its guardians.

Moolander introduces players to a story, with over 12 hours of gameplay, where they will venture across a planet unlocking bovine secrets. That’s right. Mighty, godlike cows exist on this alien planet. In fact, there are twenty of these mighty cows to discover, defeat, and adapt too. Each offers a distinctive boss fight experience. However, you must beat the cows in non-lethal means to uncover the secret of the milk machine. It’s up to you now. Explore the planet, defeat the cows, find the endless supply of milk.

The launch trailer shows off the art style and gameplay of Moolander. Additionally, players can even get a glimpse at some of the mighty cows themselves.

Moolander is available today on PC, Xbox, and PlayStation consoles. Additionally, a Nintendo Switch version of the game is releasing in the Fall of 2022. Will you go on an adventure for milk? This isn’t gonna be an average trip to the store.