Evil Dead: The Game will be launching next week. We will soon see if this will be more like a Dead by Daylight or a Friday the 13th: The Game. Hopefully, it will get the longevity of DbD and the love of the Evil Dead franchise.

The game is not even out yet, but developer Saber Interactive is already teasing some DLC. Most of the series takes place in the present, but the beloved trilogy end-piece, Army of Darkness is not. Ash Williams is transported to the middle ages for this movie. Evil Dead: The Game will be basing its first DLC on Castle Kandar. 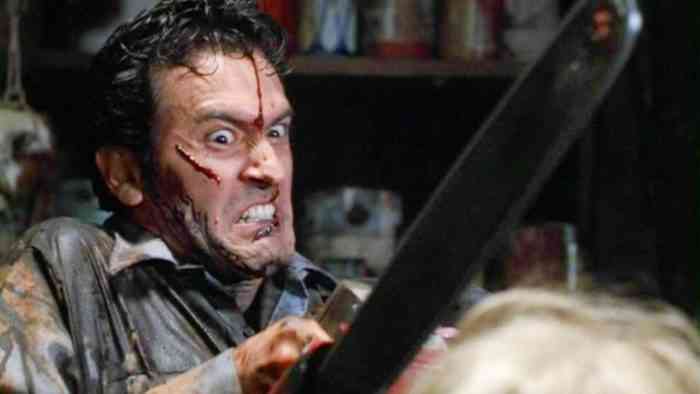 According to Saber Interactive, the Army of Darkness DLC will be free to all owners of Evil Dead: The Game. All they can really show us is concept art at this stage. We can see the castle keep, dungeon, outer walls, and tunnels in these images.

Free to all Evil Dead: The Game players, it’s one of many groovy DLC updates we are working on for the months ahead.

We know that the base game will have a bunch of different weapons and items available for players to loot. However, Castle Kandar is set in entirely different time. Hopefully, the pick-ups will reflect that and present some new items for the game.

Evil Dead: The Game will be coming out on May 13th for PC, PS4, PS5, Xbox One, and Xbox Series X|S. It will also be coming to Nintendo Switch at a later date.

Are you looking forward to playing at Castle Kandar? Let us know in the comments below.

Developers Give Hints on Upcoming Dying Light 2 DLC and Updates
Next
Corpse Factory Will Officially Release In Late May
Previous
New Gameplay Trailer Out for Mario Strikers: Battle League