Great Month to be a Sports Fan! 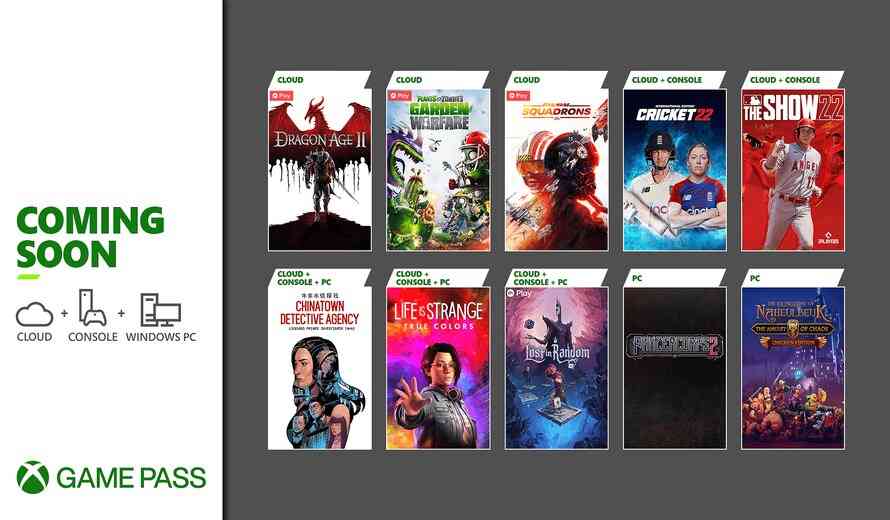 PC Game Pass will also be treated nicely this month, with 5 new games, and 2 of those will be coming exclusively to PC. The line-up includes Life is Strange: True Colors, China Town Detective Agency, Lost in Random, as well as both Panzer Corps 2 and The Dungeon of Naheulbeuk: The Amulet of Chaos exclusive to PC.

Finally, Cloud Gaming is at last receiving 3 games that were available already with the Game Pass. These 3 games are Star Wars: Squadrons, Plants vs. Zombies: Garden Warfare, and Dragon Age 2. Cloud Gaming will also be available for all aforementioned games except for Panzer Corps 2 and The Dungeon of Naheulbeuk: The Amulet of Chaos.

It is worth noting that both MLB The Show 22, as well as Cricket 2022, are available for download starting today, April 5th. The rest are all coming to the subscription service within the first two weeks of the month, with Life is Strange: True Colors hitting the service as early as April 12.

PlayStation players on the other hand should not be feeling left out, both PlayStation Plus, as well as PlayStation Now, have already revealed their respective games for the month of April 2022. PlayStation also announced more plans to merge PlayStation Now into PlayStation Plus starting this summer, and for the latter to include three different tiers with varying price points and benefits.