This is Intense, No Kittin

Have you ever wanted to wander through dungeons full of horrific, mind breaking, amalgamations? Pretty soon you can.  Daedalic Entertainment and Chunkybox Games’ upcoming bullet-hell dungeon crawler, Wildcat Gun Machine, is releasing in May. A press release provides more details about the content they can expect to find in the game. 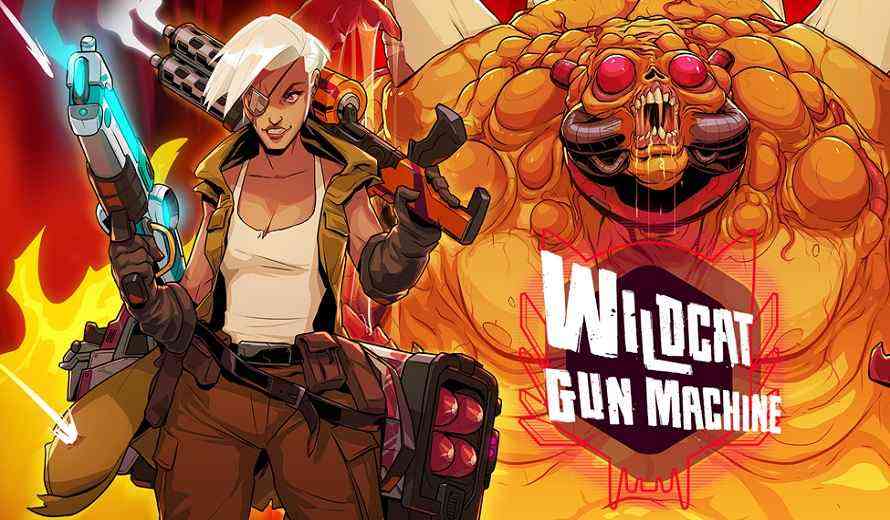 Get ready to blast, shoot, and dodge your way through a maze of dungeons. Wildcat Gun Machine places players in the, trigger-happy, boots of the protagonist as she guns her way through hordes of enemies. Players will come face to face with everything giant mechs, to eldritch gods that could have leapt off the pages of H.P Lovecraft. Additionally, you won’t have to do it unarmed.

The game features over forty types of  guns to shoot your way through the maze. Furthermore you’ll be able to upgrade skills, and abilities, to be even more efficient at slaughtering hell-spawn. And you’ll need them. Alongside the endless hordes of enemies, you will also encounter boss fights that have that classic bullet-hell feel but with a twist. Each boss, instead of being randomly generated, will give players difficult combat puzzles to figure out during the fight. You’ll need to find your favorite way to play and then deal with the enemies in the best way you can.

Additionally, a new trailer gives players a glimpse of the 2D art style and gameplay. Equally as important, the trailer has a lot of weapons, so do with that as you will.

Wildcat Gun Machine is releasing on May 4th, 2022. The game will release for PC, Xbox One, PlayStation 4, and Nintendo Switch. Grab your favorite guns and take on all the disgusting monsters you can.

Orbital Bullet Sets Its Sights On Switch in November

The Knight Witch Slashing to Release in November