How Will You Rule The Galaxy?

The galaxy has been in constant turmoil. Will you bring order and union to it? Or rather, bring it to it’s knees? Today, Paradox Interactive unveiled the next expansion for their hit sci-fi grand strategy game, Stellaris. A press release about the new expansion, named Overlord, as well as all the features that come with it. Additionally, an announcement trailer provides some background to the expansion with a cinematic look at the possible state of the galaxy. 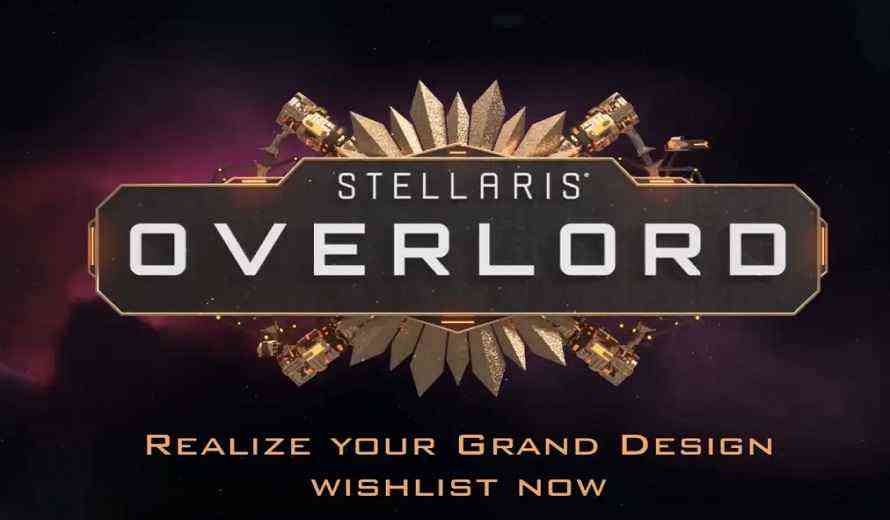 Stellaris puts players in charge of a solar system spanning empire. Build mighty fleets, armies, economies, and scientific advancements. Everything is under your command, and each choice you make will help you expand your grasp on the galaxy. How will you rule? A benevolent republic that brings order? A xenophobic empire intent on subjugating the galaxy? Or even a growing swarm that will end all other life? It’s all up to you.

The Overlord expansion adds even more to empire management. Overlord introduces a new vassal system. This allows players to raise planets under their control up to new heights. Additionally, players could choose to keep those same planets in line with an iron fist. Furthermore, the expansion brings new enclaves, new megastructures, and more. All of these new features will serve to challenge the player while also providing new ways to control the galaxy.

An announcement trailer gives players a cinematic glimpse of the state of the galaxy at the time of the expansion.

Stellaris’ Overlord Expansion will be available soon on all PC Platforms. Additionally, the expansion will launch alongside a free content update, Cepheus, which will bring additional content and adjustments to the game.  How will you expand your interstellar empire? How will you rule? Are you ready, to become a mighty Overlord?