Pioneers players up for grabs after Challengers knockout

The Valorant roster of North American ESport organization Kansas City Pioneers has unexpectedly disbanded. After playing VCT 2022 NA Stage 1 in February 2022, the team went into complete disbandment. It is not known whether it is from the defeats experienced, but it is known that there is a deep crack in the team.

The process emerged with the tweets of the players on March 4, 2022. All Players and staff announced that they were leaving Pioneers. And they stated that they entered the free-agent status. In today’s article, we will inform you about the future of Pioneers and the fate of the players who left.

Usually, this type of Esports news is extra exciting for those interested in Valorant betting. Because in this way, it becomes easier to make more accurate predictions as you gain information. If you are ready now, let’s get started and take a quick look at the details of our article.

Former Kansas City Pioneers players announced on Friday, March 4, that they are looking for a new team. In addition to this, players also said that the Pioneers are completely leaving Valorant as an Esports team. Contrary to these words, LJ Browne, the co-founder of Pioneers, made a series of statements. To summarize the statements, he said that the organization is taking a break from Valorant for the time being. Additionally, he stated that they would continue to try new young players, and they want to compete in the next Valorant Champions Tour.

How did the process begin?

Unfortunately, the Pioneers team, who struggled in the last 16 rounds of the Stage 1 NA Challengers group stage, could not achieve the victories they wanted. And they are downgraded to Lower Bracket. They were eliminated in Open Qualifier 2, losing the third out of four matches in total.

Aiming to learn from this, the Pioneers team started to try new players. The target was now the Nerd Street Gamers: Winter Championship. The team, which entered the competition with new players again, could not achieve what they wanted. With two consecutive defeats, they were eliminated on the second day of the group stage.

After all these developments, cracks began to form in the team, and the process of disintegration began. At the end of the process, Pioneers announced that they were leaving Valorant Esports completely.

The players and staff who were vacated with the disintegration of the team are as follows; 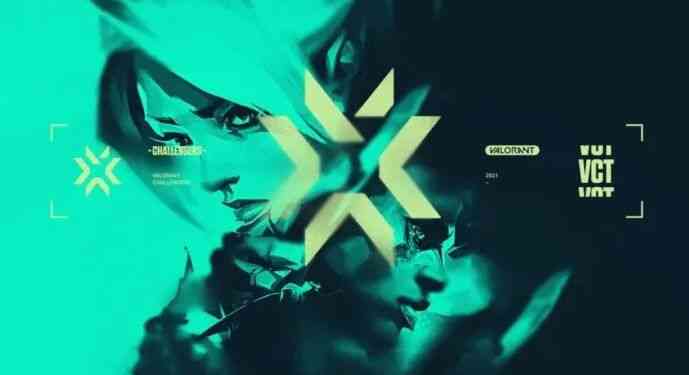 Statements by Browne, Co-Founder of Pioneers

As we mentioned at the top of our article, Browne said that the team would fight in the next VCT. Then he continued his words as follows;

Continuing his speech, Browne also expressed his displeasure against the organization owners, along with the journalists who criticized him and his team.

In addition to all these, he continued his words as follows;

Expressing that they do not have any celebrity or capital investment, Browne continued to comment on the criticisms he received.

“Yeah, you may have built your company from ‘scratch’ but if from scratch is having a foundation of celebrities, investors, and s*** ton of esports experience, I don’t know if you really started from scratch,” he said.

We do not know how sincere Browne’s words were in terms of public opinion. However, Browne also stated that all payments were made to Valorant players. And yet they will try to find out why they failed, he added.

At some points, the absence of authorities protecting Esports players can cause such problems. Because most players join these teams with their dreams and start to struggle. Sometimes wrong management and sometimes wrong decisions can extinguish the dreams of young players. We published an article on what it takes to be successful in Esports. We highly recommend this article to you, our readers.

How did The Pioneers say Goodbye To The Players?

The common idea of Pioneers players when they left was that they wanted to move on to the next level of Valorant. Therefore, JMOH made a statement on Twitter; “After 10 months with the Kansas City Pioneers, my time with them has come to an end,” he said.

In the continuation of Twitlonger, he ended his words as follows;

“There were lots of amazing memories and achievements made in this time with KCP. I am thankful for my time with them, but now I need to open up a new chapter in my Valorant career. Moving forward, I am an unrestricted F/A and looking to start grinding with a team.”

You can find out what other players Critical, Wedid and Thief said below.

The leaving players are all young and highly talented professionals. Unfortunately, after an unpleasant experience, they went in search of a team. Regardless of which team they go to, we especially recommend Valorant Esports betting lovers to follow.

Because they are ambitious and they have the potential to influence any team they go to. From now on, we just have to follow up. In addition to all this, if you want to be a professional Esports player like these players, take a step today. And take a look at the Esports gaming mouses we’ve compiled for you.

In today’s article, we presented the events that took place within the Pioneers team. We witnessed the disintegration of a team as a result of in-team problems and defeats.

We do not know what the young players will do next. However, if you want to be informed, you can follow such news on our website. Also, please do not forget to inform us and share your ideas by commenting. Goodbye.