Time to lock, honk, and load. Everyone’s favorite gun-slinging goose is coming back for another adventure. Today Blastmode and MP2 games announced a new DLC coming for their 2D action-shooter, Mighty Goose, coming April 19th. In addition to the announcement is a new teaser trailer for the DLC which gives fans a look at what’s to come. 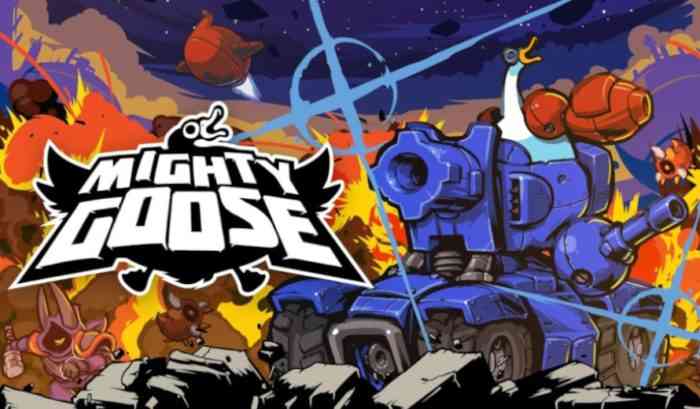 Mighty Goose puts players in control of a bounty hunting Goose who travels the galaxy in search of evil to destroy. Evoking a retro style, the game plays as a 2D side-scrolling shooter that feels like a well polished arcade game. However, Mighty Goose aims to challenge players reflexes, timing, and skills. Players will have access to an arsenal of different weapons, upgrades, secrets, and war machines. Players will need to use everything at their disposal to take on the Void King and his massive army.

Only playable after the main storyline, the DLC introduces a new adventure for the Goose. In this DLC Goose will travel to the water world, Ceto, to save the fish people from the evil Baron. The teaser trailer for the DLC also unveils some of the features coming with the new adventure. In addition to a new planet to blast baddies on the teaser hints at new bosses, new war machines, weapons, and more. The trailer gives fans a look at all of the action from submarines to weaponized jet vehicles and fish people this DLC is looking to make a splash.

The free Mighty Goose DLC is releasing on April 19th, 2022. Mighty Goose is available on PC Via Steam, PS4 and PS%, Xbox One, Series X/S, and Nintendo Switch. Do you think you can honk with the best?