Heroes come in all shapes and sizes. Some wear scars that act as permanent reminders of the anguish that they’ve endured whilst others embody the ideology of heroism through their physique and mannerisms. Okay, Mighty Goose may not be your typical protagonist with his gormless, thousand-mile stare, but this bad-ass bird is a force to be reckoned with.

Set in a galaxy that is buckling under totalitarian control, only one can waddle forth and put an end to the tyrannical reign of the Void King. With millions of monsters and minions at his command, the odds are stacked against the legendary bounty hunter, but that’s exactly how Mighty Goose likes it!

Great examples of run and gun shooters all have one thing in common: tight mechanics. Being able to jump to platforms, evade attacks and blast enemies to smithereens without wrestling with the controls is imperative to the experience and it’s here where the game shines. With a simple control system, the game places skill and reflexes at the forefront allowing players to focus on overcoming the fast-paced, relentless onslaught.

As hordes of enemies with evil intentions flood the screen, you are required to obliterate them in any way possible. Luckily, Mighty Goose has an extensive arsenal at his disposal. From the short-ranged shotgun to homing missiles, each weapon is varied and has its benefits against particular enemies. Due to the limited amount of ammo, you will be collecting and changing weapons throughout your run making for a hectic fight through an alien world. 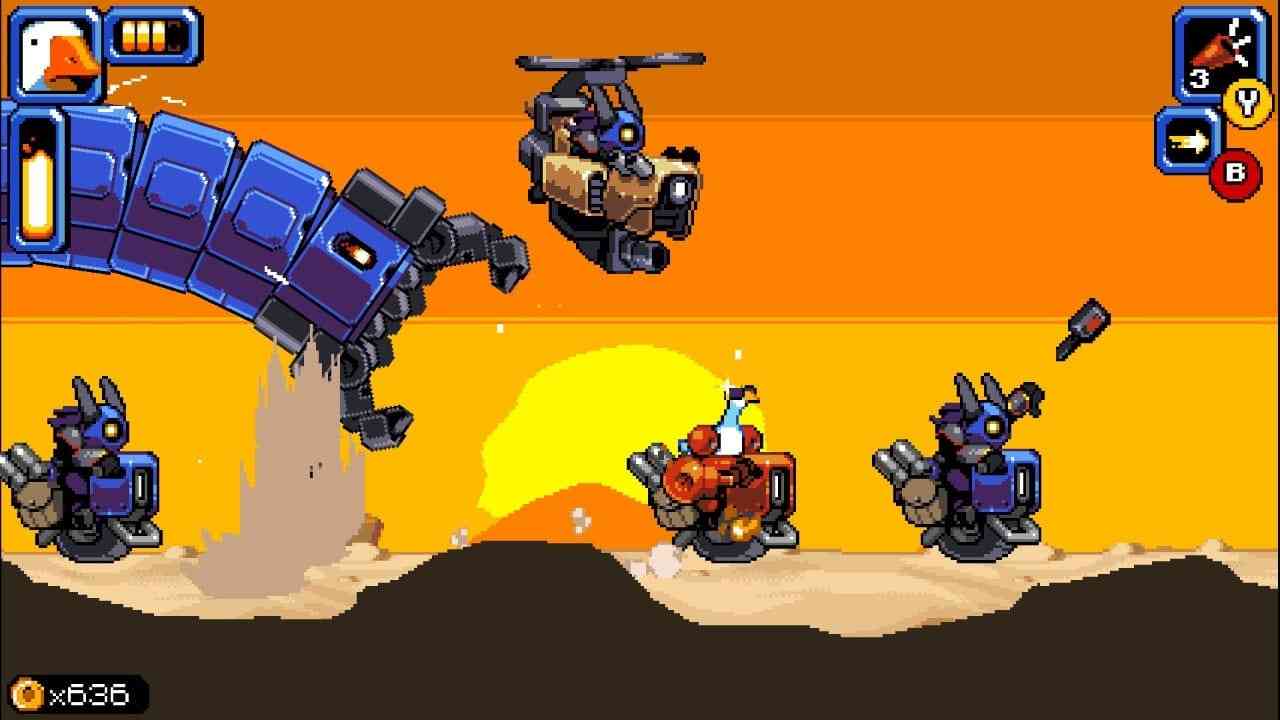 During your adventure, you’ll come across several war machines that vary in terms of attacks. From the more traditional tanks to melee-based mecha-suits, equipping these vary the gameplay keeping a break-neck speed throughout the entirety of the game. A highlight of these is the aerial combat suit which allows you to fly through the air, avoiding a barrage of bullets to take down foes. Adding strategy, there is the Mighty Meter; when activated, this grants an explosive power-up. For a limited time, you are invincible with higher attack properties. Timing the use of this is key to survival as it’s easy to get overwhelmed by the number of minions.

Filling the screen are the devious bosses, whose bombardment of attacks are designed to decimate. Each fight feels distinct even though they follow conventions of the genre. Pick them apart with attacks on particular body parts which results in the battle intensifying. These sections test all your skills and require you to learn the timing of strikes in order to be successful.

Before entering a level, you can customize your goose to compliment your play style. Select from a variety of chips to upgrade your suit. These range from a larger Mighty Meter to gaining rewards for successfully evading attacks, all of which give you the ability to personalize your experience. Each chip has an energy cost meaning you will need to decide which upgrades suit your style, however, these can be changed after or before levels. In addition to this, you can also select from a range of quirky secondary weapons and assist characters giving you plenty of options for attack.

Inspired by the 16-bit era, Mighty Goose feels like an authentic ode to classic gunners. The endearing pixel art accentuates the character of the world with its vivid color palette. Although there are only 9 levels, each feels unique and is aesthetically stunning. Accompanying this is the synth-based soundtrack adding to the retro feel of the game.

Unfortunately, Mighty Goose is a little short and you will most likely see the credits roll in only a few hours. There are secrets to uncover and also a tougher mirror universe but the replayability lies in gaining a high score. Each level is ranked based on your performance. Build combos and avoid hits to be greeted with a slick slow-mo, excessively large goose graphic and satisfying honk. Although I did revisit levels, there is a lack of new content after completing the main campaign which is disappointing.

Mighty Goose is an absolute blast. The solid mechanics, stunning art direction, and underlying humor make for a truly thrilling experience. Although the runtime is short, you’ll enjoy every minute of it. 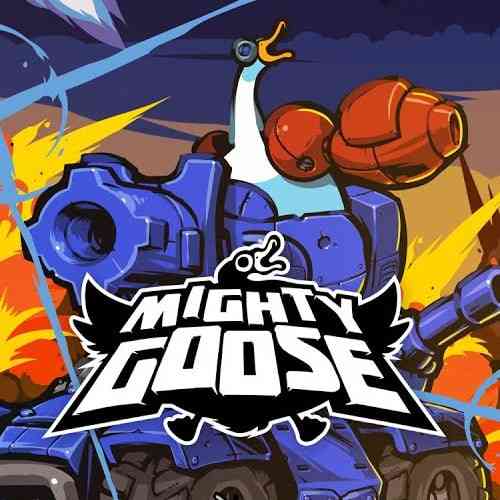