Oh Earth Defense Force, such a strange and sweet series! Don’t be fooled by the generic title, EDF is a series of games oozing with cheese, charm, and epic style. And now with the release of the World Brothers spin-off, it can be enjoyed by players of all ages!

Earth Defense Force started all the way back on the PlayStation 2 in Japan, as a part of the Simple Series. The Simple Series, for those who aren’t familiar, is a line of budget-priced games published by Bandai Namco. There are dozens of games in the series, but most have never been released outside of Japan. Two Simple series titles have gained a cult following in North America, however: the sexy lady Devil May Cry rip-off OneChanbara, and the third person shooter Earth Defense Force.

Journey into the Earth Defense Franchise

World Brothers differs from the mainline Earth Defense Force series, in that its visual style is pixel/voxel/Minecraft inspired. One of the main features that sets the EDF series apart from other third person shooters is its sense of humor and campy tone. This sense of humor is on display right off the bat in World Brothers, where the story explains that the Earth is a square, and pieces of it are breaking off and floating around in outer space. It’s up to the Earth Defense Force to literally put the world back together. World Brothers is a lazy love letter to past games in the franchise, in that it uses enemies from all other EDF releases. Part of the new voxel-style appeal is that it can be played by “people who just hate the look of huge real insects”. Doing so creates child-friendly visuals for kids that love to shoot things, who have parents that abhor realistic violence towards humans. Enemies in World Brothers are mostly insects and robots, and now they appear with an unrealistic visual flair that does wonders to disguise the game’s limited budget. 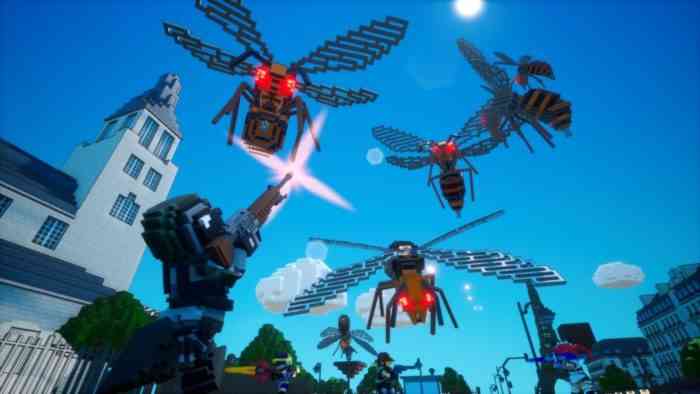 Gameplay in the Earth Defense Force series is fairly straightforward, the left stick moves the player’s soldier, right stick moves the camera, R2 is fire weapon, L2 is a character class’ unique move (rangers jump/ roll, wing divers fly, etc.), square is reload, etc. Gameplay involves shooting insanely huge swarms of alien insects and/or gigantic robots, gathering the health, armor, and weapon powerups they drop, and recruiting other team members by holding circle near soldiers the player finds in the heat of combat. Team members can have different classes and abilities, and four members can be equipped to the directional buttons/switched between at any time. R3 triggers an SP move once an SP gauge is filled. These are unique to each character class and are essentially powerful screen-clearing attacks. A fun new mechanic for EDF veterans is that because the levels are chunks of the flat Earth, it’s possible to fall off the edge of an area.

The only negative aspects of the new design and gameplay that I can think of, are that the once over-the-top cheese of the previous games is toned down significantly, and that the killing of the insects feels less-satisfying. The dialogue is now closer to the kind of character dialogue found in anime for children, where characters awkwardly explain to the player what they love to eat, as opposed to shouting “FOR MY WIIIIIIFE!!!” before making a dying sound. It’s hard to put into writing, but unleashing a barrage of bullets into hundreds of giant ants just doesn’t have the same feel in World brothers as it did in prior games. This was probably deliberate to counter the violent feel of the main series titles, but it will likely let down series veterans. 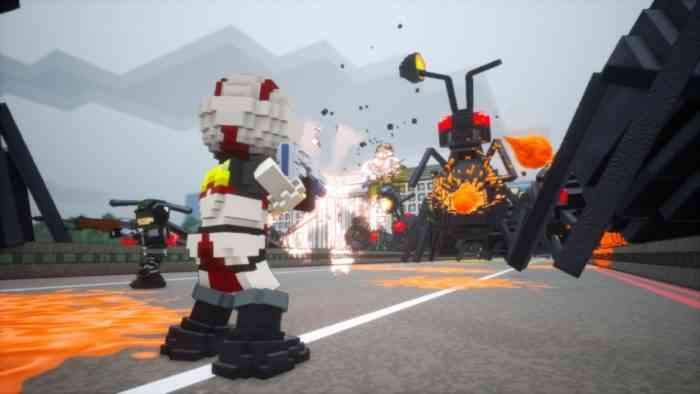 Although Earth Defense Force: World Brothers is clearly not a triple A title, it more than makes up for it with its incredible amount of content. There are multiple difficulty modes, four completely different character classes (with many more variations based on past games), online and local 4 player split screen co-op, and dozens of levels! The menus look slick and colorful, and I can’t imagine any child would find this game visually unappealing.

While Earth Defense Force: World Brothers innovates nothing, it is incredibly fun. It more than makes up for its lack of originality with a clever, family-friendly graphical style, and boatloads of content. Anyone looking for some mindless shooter action can’t go wrong with World Brothers. I highly recommend it over other games mainly because of the size of its enemy swarms, the scope of its destructible buildings, and its endless amount of content.